Duke Energy should pay for cleanup instead of charging ratepayers 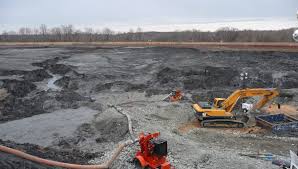 A report out today from a coalition of 14 community and environmental justice organizations reveals that Duke Energy skewed its political campaign contributions last year in order to gain support for a highly controversial bill that would make it easier to pass cleanup costs on to customers. Last year, the North Carolina Utilities Commission authorized the giant Charlotte-based utility to charge state customers to recover hundreds of millions of dollars Duke has spent on closing ash-storage sites around the state.

Critics say the bill and review process have been deceptive and could allow Duke to raise rates every year with reduced transparency while gouging ratepayers for tens of billions of dollars. Duke Energy’s negligence allowed tons of toxic chemicals to seep into our rivers and groundwater. And they’re the ones who should pay for the cleanup, not blameless ratepayers.

Our lawmakers should be looking out for taxpayers and electricity ratepayers, not corporate polluters and their Wall Street shareholders. Tell your state lawmaker to stand up for the public interest, not special interests.