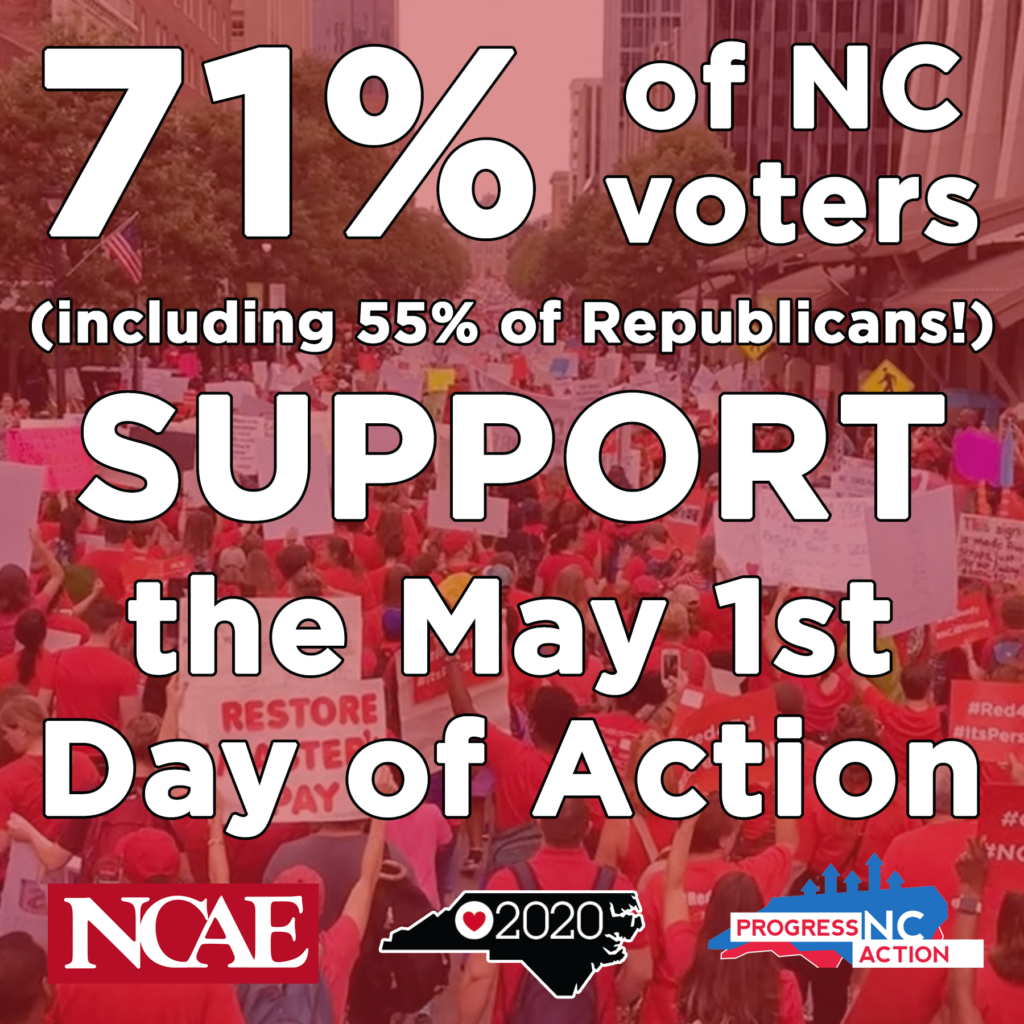 With thousands of North Carolina educators preparing to once again march to the General Assembly on May 1 for better public school funding, a new poll finds widespread support for the educators’ demands among North Carolina voters.

The NCAE’s demands for the May 1 day of action include the following:

[Click here to view the complete poll results, including crosstabs]

Among the poll’s other findings:

This poll shows that North Carolina voters are sick and tired of politicians giving lip-service to public education on the campaign trail, then doing nothing for our schools when it’s time to pass a budget. Lawmakers have repeatedly shown that they would rather give tax cuts to millionaires and big corporations instead of restoring classroom funding to pre-recession levels, and on May 1 they will hear once again from thousands of North Carolina educators who have had enough.