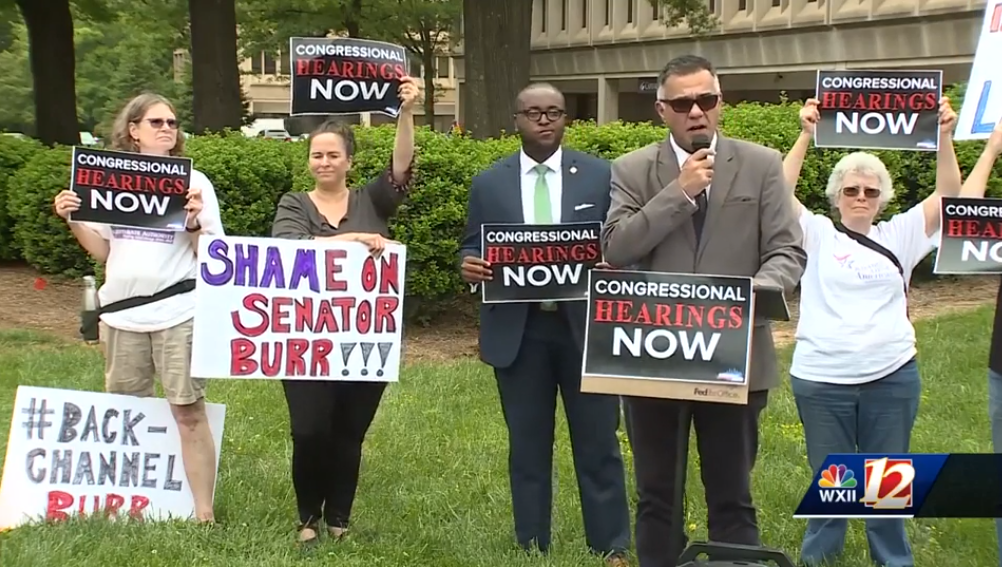 Residents in the Triad were disturbed to find out that Senator Richard Burr, according to the Mueller Report, had leaked information about the investigation into Russia’s interference in the 2016 election to the White House directly.  His only response was to say he didn’t remember doing it. The people of North Carolina want Burr to testify under oath to Congress about exactly what he told the White House and when.

Watch the coverage on WXII