The Washington Post: How a dead man’s hard drives are exposing the GOP attack on democracy 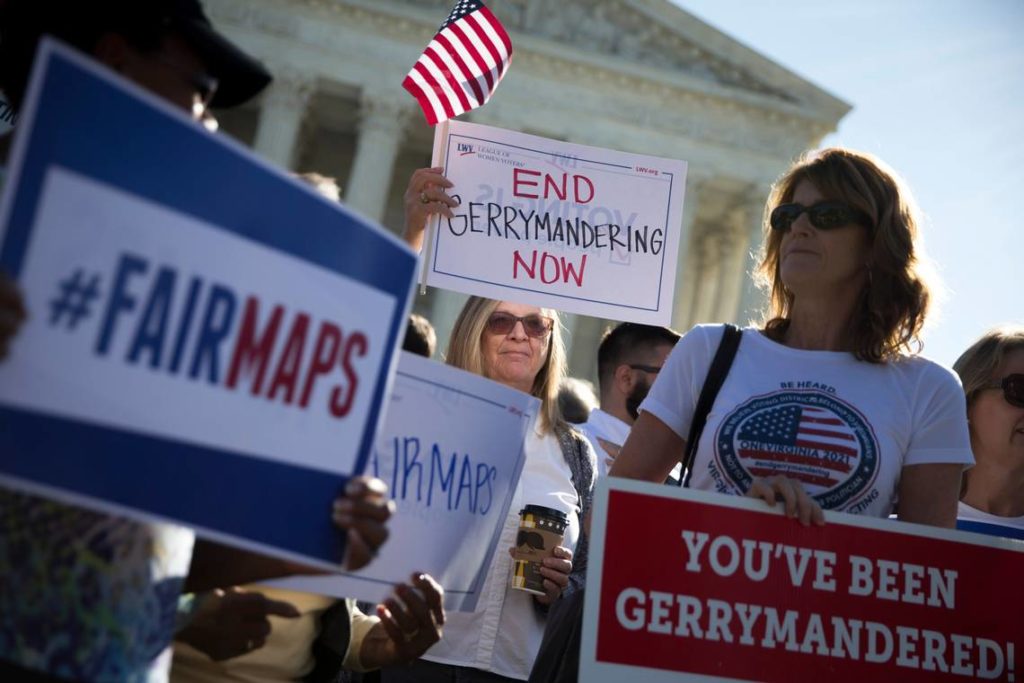 First, the U.S. Supreme Court ruled that the NC-GOP racially gerrymandered legislative districts to dilute the voice of black voters. Now there’s evidence that key North Carolina Republicans lied in federal court to avoid facing voters in a special election in 2017. A 2017 special election that would have threatened the GOP’s super-majorities. Instead, voters had to wait until 2018 to finally reject the GOP’s super-majorities which were built on unconstitutional racially gerrymandered maps that suppressed black voters with “almost surgical precision”.

Dead men tell no tales, but their hard drives do. That’s what happened to the late Republican operative Thomas Hofeller, a key figure in Republicans’ project to rig elections in their favor, after his estranged daughter discovered his cache of electronic documents and turned them over to Common Cause.

First, we learned that Hofeller had been working with the Trump administration in its effort to add a citizenship question to the census in order to give a political advantage to Republicans and white people — an effort about which they have told repeated falsehoods to the public and even under oath. And now we learn that wasn’t the only piece of Hofeller’s work Republicans were likely lying about:

In 2017, after the Supreme Court affirmed that North Carolina’s GOP-drawn districts were illegally built around race, the state’s Republican leaders told a federal court they couldn’t quickly craft new boundaries in time for a special election later that year. They hadn’t yet started “the laborious process” of creating maps, they said, and still needed to talk to voters.

The court bought the argument, giving the state GOP nearly another year with a supermajority — an advantage it used to appoint judges and push constitutional amendments.

But a trove of once-secret documents from a strategist behind Republican gerrymandering efforts proves that argument was false, a watchdog group claimed in a Thursday court filing. In fact, that strategist, Thomas Hofeller, had already drawn up numerous maps and completed 97 percent of a plan for proposed state Senate districts and 90 percent of a House plan.

The background is that the Republican Party in North Carolina has for the past few years been engaged in some of the most blatant and systematic attacks on democracy to be found anywhere in the country. The gerrymander in question was so obviously intended to take power from African American voters that even the Republican-dominated Supreme Court upheld a lower-court ruling that it had to be thrown out. Three judges have found that Commerce Secretary Wilbur Ross gave a phony reason for adding a citizenship question to the 2020 Census. (Meg Kelly, Joy Sharon Yi, Atthar Mirza/The Washington Post)

A voter ID law the GOP-controlled legislature passed was also ruled unconstitutional, with a panel of federal judges writing that its provisions “target African Americans with almost surgical precision.” After a Democrat was elected governor in 2016, Republicans rushed through a bill curbing his power in a lame-duck session.

If there’s a ground zero for the GOP war on democratic representation, North Carolina is it. And every time, Republicans came up with a bogus justification for their actions that they somehow managed to repeat with a straight face.