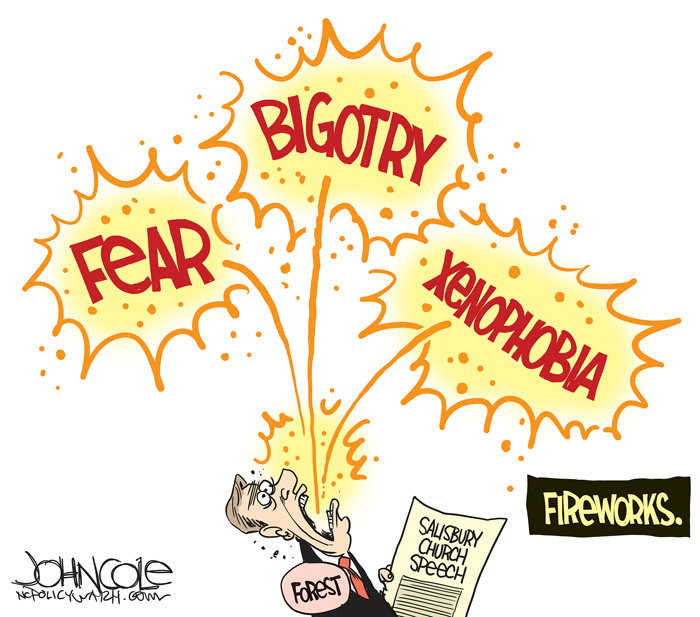 Lt. Gov. Dan Forest has apparently decided his best chance to beat Gov. Roy Cooper in 2020 is to go full-on white supremacist, discarding the age-old Republican tactic of racist dogwhistles in favor of a flat-out racist screed against “diversity” and “multiculturalism.” Forest made the comments while speaking to a church in Salisbury.

NC Republicans seem to have discarded any pretense that they are not the party of white supremacists. Look for even more blatant racism as the GOP gets even more desperate to retake the governor’s office next year.