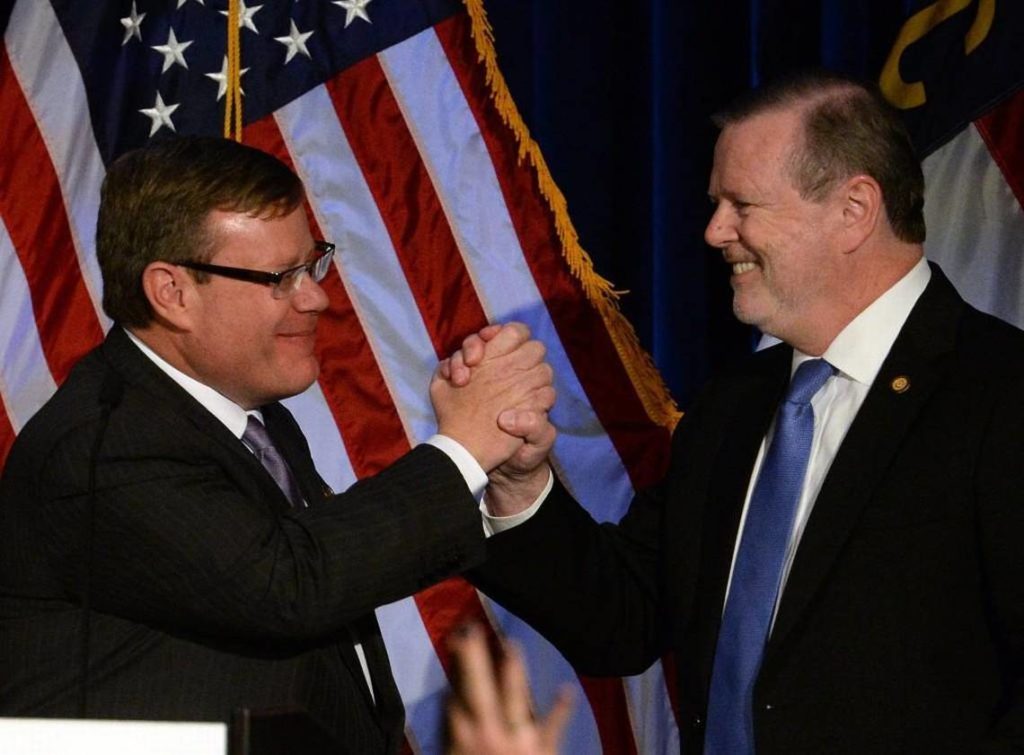 Sen. Phil Berger has promised that Senate Republicans will not repeat the budget ambush vote orchestrated by Speaker Tim Moore in the House last month — though Berger has a track record of dishonesty that should give pause to anyone who does not believe the word “gullible” is written on the ceiling.

Republican leaders claim they merely took dishonest advantage of a miscommunication to House Democrats — as if that wouldn’t be bad enough. But House Minority Leader Darren Jackson says GOP leaders flat-out lied to him about taking no votes during the skeleton session in question and challenged Republican leaders including Moore, House Rules Chairman David Lewis, and Reps. Jason Saine and Jon Hardister to put their contradictory claims on the line by taking their own lie detector test.

Sen. Phil Berger’s dubious and unremarkable promise notwithstanding, our only chance to support public schools and health care access by sustaining Gov. Cooper’s budget veto is if Senate Democrats remain united and hold the line.