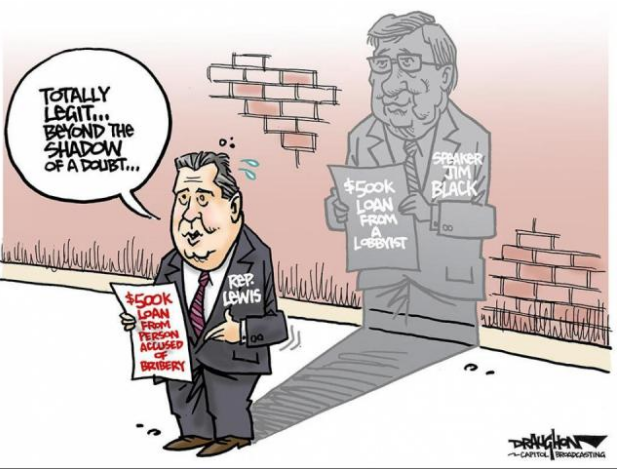 Another day, another example of Republican corruption. This time it comes in the form of a $500,000 “loan” given to Rep. David Lewis by a GOP donor who was later indicted for bribery along with fellow GOP mega-donor Greg Lindberg.