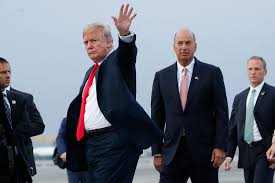 What was once just wishful thinking from the left has actually translated to significant action in Congress as the impeachment investigation into Donald Trump’s corrupt abuses of power gains steam.

A government whistleblower has come forward to reveal that Trump asked the new president of Ukraine to investigate Joe Biden and his family on flimsy accusations of corruption. And…  it just so happened that Trump had frozen $391 MILLION in military aid to Ukraine that was critical to Ukraine to defend itself from Russian aggression. Ukraine really wanted that American military aid. Trump really wanted a Ukrainian investigation of Trump’s biggest threat to his re-election.

In a nutshell, Trump was asking a foreign government to meddle in the 2020 presidential election. Sound familiar?

There is clearly enough evidence to impeach Trump for using the power of his office to solicit foreign countries to interfere in U.S. elections. NC Republicans should either get on board or plan on going down with the ship.