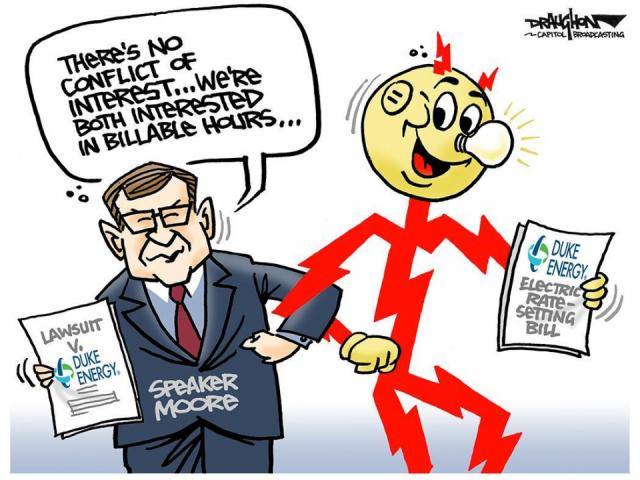 House Speaker Tim Moore is no stranger to corrupt deals and conflicts of interest. Well, it’s time to add one more to the list.

Tim Moore once again stands to benefit financially thanks to his influence as House Speaker. His corruption should be investigated as well.