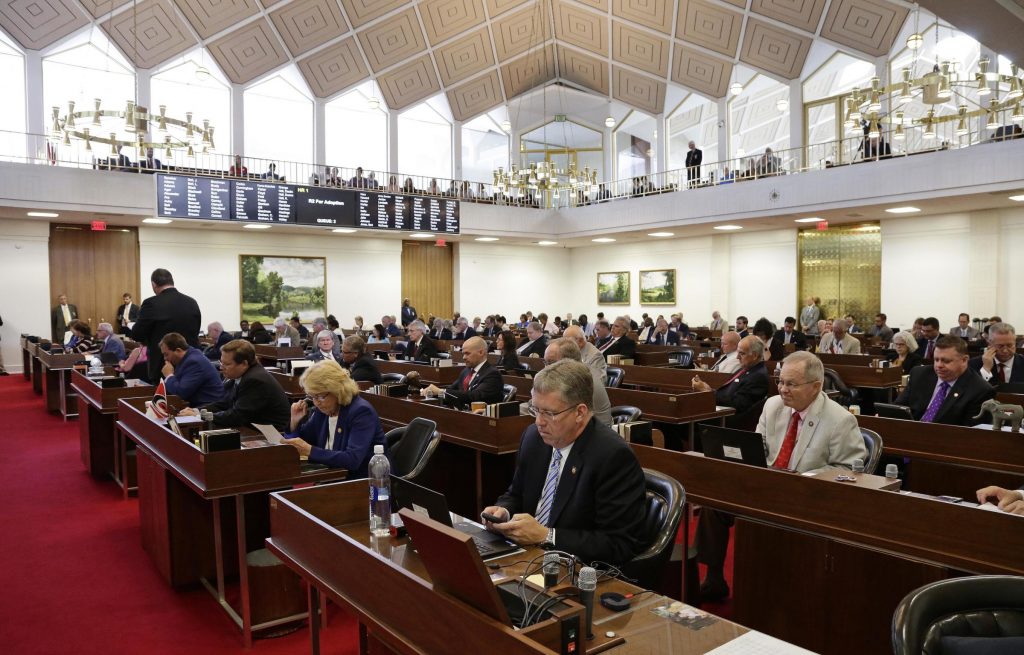 State lawmakers are leaving Raleigh on Halloween — 123 days into the not-so-new budget year — without passing a full state budget. Yesterday, Republicans held teacher pay raises hostage to try to get Democrats to override the Governor’s veto of the budget. Completely ignoring the public’s clear mandate to expand affordable health care Republicans tried to get the Senate to trade health care for working families for a slight increase in educator pay. Thankfully, Democrats didn’t fall for it.

The Senate does NOT care about education. If they did, we wouldn’t be 123 days past the budget deadline without any negotiations. Instead of negotiating a budget that works for all the people of North Carolina, Republican leaders used underhanded, unfair, and unethical tactics to ensure that their corporate buddies get another $1 billion in tax cuts.

Rigged elections and radical gerrymandering have allowed this legislature to disregard the will of the voters. 2020 can’t come soon enough.

From The Carolina Public Press:

Emerging from the chaotic session wrapup was a revised teacher pay plan that provides two years of raises for teachers and school staff.

Teachers would receive an average increase of 3.9 percent raise and staff a 2 percent increase each year for the next two years. The raises would be retroactive to July 1, the beginning of the state’s fiscal year.

The pay increase also contains a sweetener meant to entice Democrats to join in overriding Gov. Roy Cooper’s veto of the state budget.

A portion of the legislation, Senate Bill 354, would bump up the raises by 0.5 percent and includes a 4 percent pay raise for university and community college employees – but only if the budget bill becomes law.

Senate leader Phil Berger, R-Rockingham, challenged the governor to sign the bill, saying that with the House and Senate action a raise for teachers will be up to the governor.

“Nobody believes the governor’s cheap rhetoric about teacher pay anymore. He has yet another opportunity to sign or veto a teacher raise,” Berger said in a statement after the vote.

Cooper fired back, accusing the Republican leadership of holding teachers hostage to get the GOP’s agenda passed. Cooper has pushed for an 8.5 percent pay increase for teachers.

Senate Minority Leader Dan Blue, D-Wake, responded to the bill by saying he has been frustrated in trying to negotiate with his counterparts. He said they recently rejected a 6.5 percent compromise pay plan.

“It is incomprehensible that Republican leadership would think educators could be pressured into taking such an inadequate offer, and we stand with the governor in opposition to this legislation,” Jewell said.