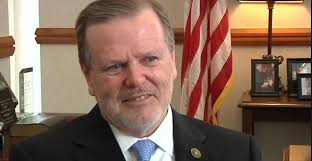 A North Carolina Republican lawmaker doing something unethical? Say it ain’t so!

Senate leader Phil Berger continues to face statewide criticism for using campaign cash to pay the mortgage on his Raleigh townhome. Berger claims the State Board of Elections has twice approved the mortgage payments, but that doesn’t make it okay for Berger to use campaign cash for personal profit.

If the State Board of Elections really thinks it’s legal for lawmakers to treat their campaign accounts like personal piggy banks to invest in real estate, then either the law needs to be changed — or the SBE does.