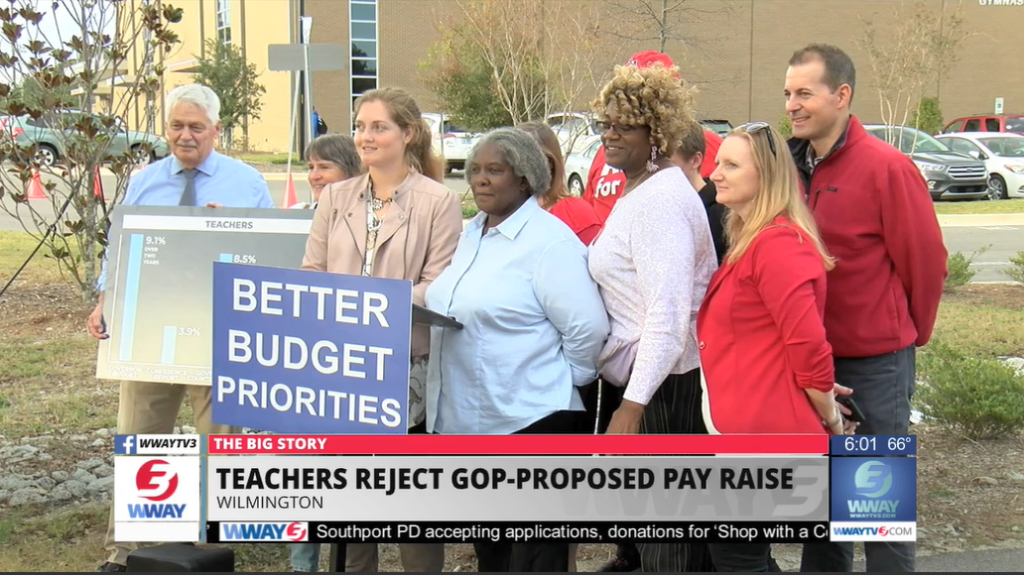 WILMINGTON, NC (WWAY) — Teachers in our area and across the state are asking Governor Roy Cooper to veto a pay raise put forward by Republican lawmakers. A news conference was held outside of Hoggard High School Thursday afternoon.

Governor Cooper’s original budget proposal included an average nine percent raise for educators. Republicans countered with a proposed 3.5 percent raise. Democrats came back with plans ranging from 6.5 to eight percent, and now the GOP has come back with a 3.9 percent increase for teachers that have been working at least 17 years.

Teachers at Thursday’s rally say this is not enough to live on, and some are having to rethink if this is the job for them.

White says she can only afford about $40 per week for groceries. She says if she were to take a second job working 10 hours or more, it would negatively impact her students.

The North Carolina Association of Educators, Senator Harper Peterson, and other lawmakers are asking the governor to veto that raise Friday.

Earlier this week, Republican senate leader Phil Berger urged Cooper to sign the bill, saying in part: “By not signing the bill, Governor Cooper would ensure teachers are the only state employees to not get a raise this year.”