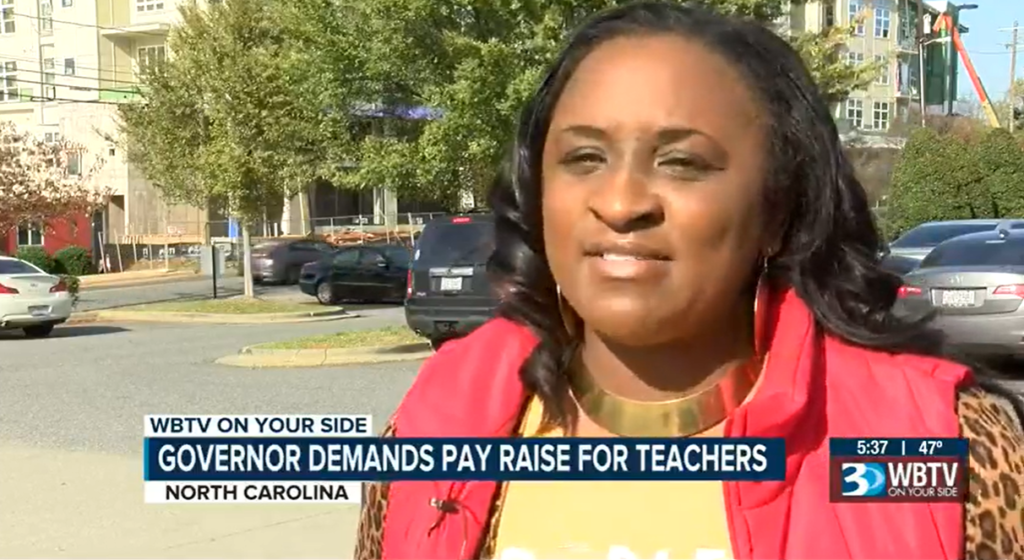 Educators support Gov. Cooper’s veto of the GOP’s latest paltry pay plan for public school educators and urge Democratic lawmakers to continue standing up for public education by sustaining the governor’s veto and stopping Republican leaders from giving away another billion dollars in corporate tax cuts.

He vetoed bills offering pay increases, saying they were not enough.

Friday, Charlotte educators stood behind that decision, holding a press conference under the message, “don’t give in.”

Teacher Amanda Thompson has been working with this group of educators in her role with the Charlotte-Mecklenburg Association of Educators. After seeing action in Mecklenburg county for pay increases, she believes it is time for things to get moving on the state level.

“I think that Governor Cooper is standing for us, so we support him,” she said. “I can’t say, ‘Oh my God, I’m mad at him,’ because I’m not upset with him. He’s working for us because he knows we deserve better.”

Friday, Cooper called for teachers like her to demand negotiations on what he calls a “real” pay raise for educators, and for legislators to propose one.