Tessa Pendley: Why teachers blame the GOP legislature for no pay raise before the holidays 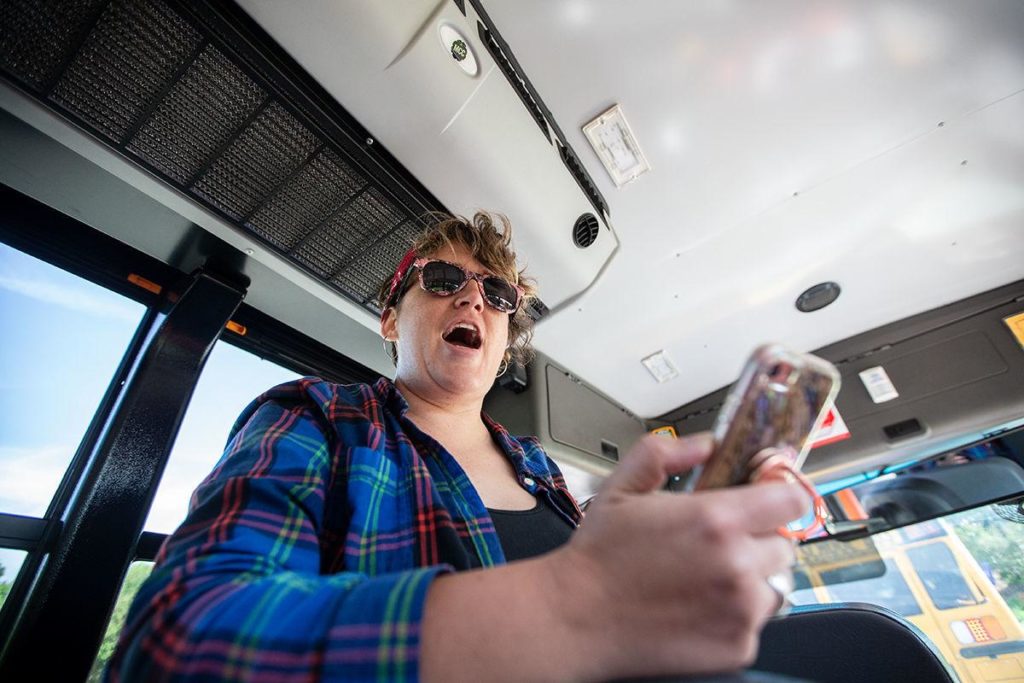 Union Hill Elementary School teacher Tessa Pendley speaks out about the budget and the lack of any compromise from GOP leaders in North Carolina’s legislature.

From The Greensboro News & Record

North Carolina educators don’t have much to be thankful for this holiday season when it comes to the latest meager “raises” offered up by legislative leaders who seem to be incapable of governing in good faith. We’ve gone months without the raises all other state employees were given in August, thanks to Republican legislators refusing to negotiate with a Democratic governor they seem hellbent on undermining — a master class in the worst of partisan politics.

Instead of compromising on a budget that gives us the resources we need to give our students the education they deserve, N.C. House Speaker Tim Moore and N.C. Senate leader Phil Berger, both Republicans, seem more concerned with scoring political points against Gov. Roy Cooper and giving away another billion dollars in tax cuts. When Cooper rightfully vetoed the GOP’s “mini budget,” he did so because he saw it for what it was — an insult to educators.

While Berger and Moore are no doubt enjoying the holiday season relaxing with their families, countless North Carolina educators are picking up second and third jobs over winter break to supplement our meager salaries. And yet the same Republican legislators who refuse to pay teachers what we deserve would have you believe they’re our greatest champions. We are not fooled.

Even though my school building is relatively new, we still feel the cumulative effects of years of underfunding on a daily basis. Last year during end-of-grade testing, a student severely burned herself while cooking at home. But when she made me aware of the injury, we discovered that not only did the school not have a nurse that day, but our social worker was busy serving as testing coordinator and our counselor was teaching. We are being forced to do more and more with fewer and fewer resources, and our students are the ones paying the price.

Cooper’s original budget offered a 9.1% pay raise for teachers over two years and the restoration of master’s pay. He then offered a 8.5% pay raise over two years in his compromise proposal, but GOP leaders refused to even negotiate. Instead, they resorted to deceit and dirty tricks in order to ram their budget through the House while claiming it was Democrats, not Republicans, who were treating teachers like pawns. But the GOP’s childish “I know you are, but what am I?” act isn’t working on educators who see right through their feeble finger-pointing.

Republicans’ treatment of education support staff like teaching assistants, bus drivers, custodians and cafeteria workers is even more insulting. Most of these essential employees don’t even make the $15 an hour that all other state employees have received since 2018. Republicans would give them a mere 1% raise per year, pro-rated for 10-month employees to 0.83% per year. It’s no surprise that many school systems like Guilford County’s are facing bus driver shortages — but the GOP budget would do nothing to fix it. Instead, they would rather shell out another billion dollars in corporate tax cuts.

Legislative Republicans have already admitted they are willing to pay teachers more, so it’s clearly not about the money. Even before Cooper vetoed their latest pay plan, Republicans sent out a news release saying they are willing to give teachers a 4.9% pay raise over two years and a $1,000 bonus. So why don’t they do it? Because this isn’t about paying us; it’s about scoring political points and continuing to line the pockets of the people at the top.