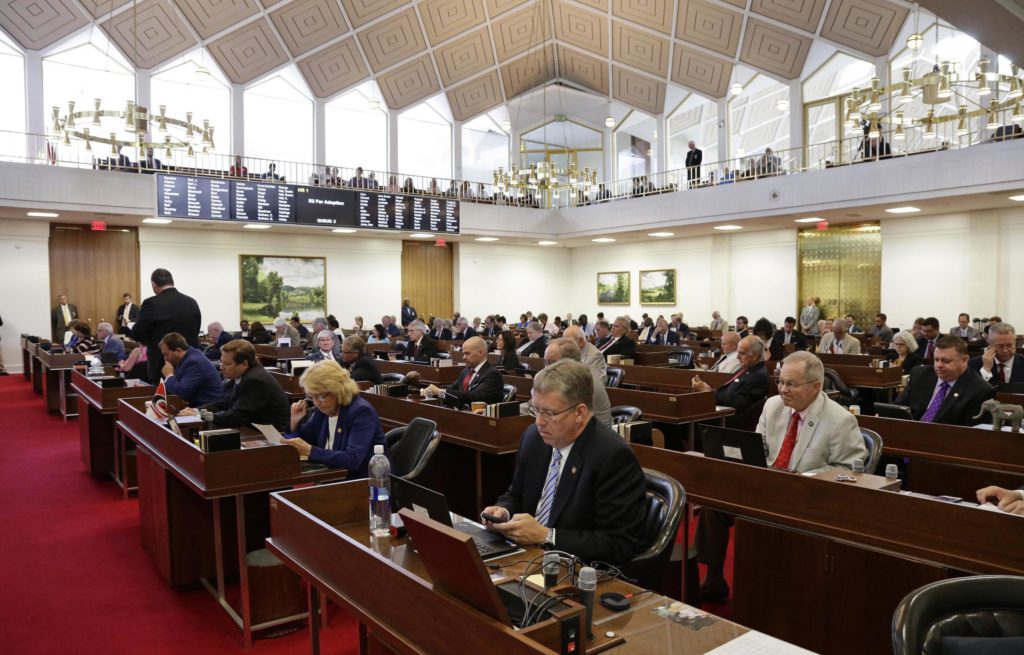 The North Carolina General Assembly convenes on Tuesday for a so-called “mini-session” amidst the budget standoff waged by legislative Republicans since last summer.

“We have not set a date and honestly we’re waiting like everyone else to see what the legislature” does this week, said Dave Richard, the N.C. Department of Health and Human Services Assistant Secretary in charge of Medicaid and N.C. Health Choice.

“We don’t want to put something out without having certainty around the budget.”

In North Carolina, nearly 2.2 million people currently depend on Medicaid, amounting to about one in every five people in the state. More than half are children in low-income families.

“I think the House is in a good position to move it whenever we decide to do that, whenever leadership decides to give me the okay to move forward” said Winston-Salem Rep. Donny Lambeth (R).

“I think the question then becomes what the Senate will do once we pass it over and that I don’t know the answer to.”

Meanwhile, the health care spotlight is heating up on North Carolina Republicans as yet another red state — this time Kansas — has decided to expand Medicaid.

Kansas is one of several Midwest and Mountain West states that have decided to expand, along with Nebraska, Idaho and Utah, said Mark Hall, a law and public-health professor at Wake Forest University. Hall released a study in April 2018 titled “Do States Regret Expanding Medicaid?” with an overall conclusion of “No.”

“The evidence shows that closing the Medicaid gap will improve population health, support vulnerable North Carolina families and boost the economy across the major sectors.”

Although the legislature’s paltry pay plan for state educators is expected to be a topic of discussion this week, GOP leaders will likely be more interested in playing politics than paying teachers.

Educators supported Gov. Cooper’s veto of the GOP’s bad-faith “mini-budget” because it was a slap in the face to teachers — a political ploy aimed at making Gov. Cooper looked bad rather than a meaningful increase in public school funding.

Meanwhile, Kansas is becoming the 38th state — and the 15th controlled by Republicans — to expand Medicaid. GOP leaders in North Carolina are running out of excuses in their never-ending quest to block health care access for low-income families.

Bottom Line: In 2020, educators and supporters of public schools need to demand that lawmakers make meaningful investments in public schools instead of playing politics with teachers’ livelihoods. If the current lawmakers won’t do that, we’ll find new ones who will.