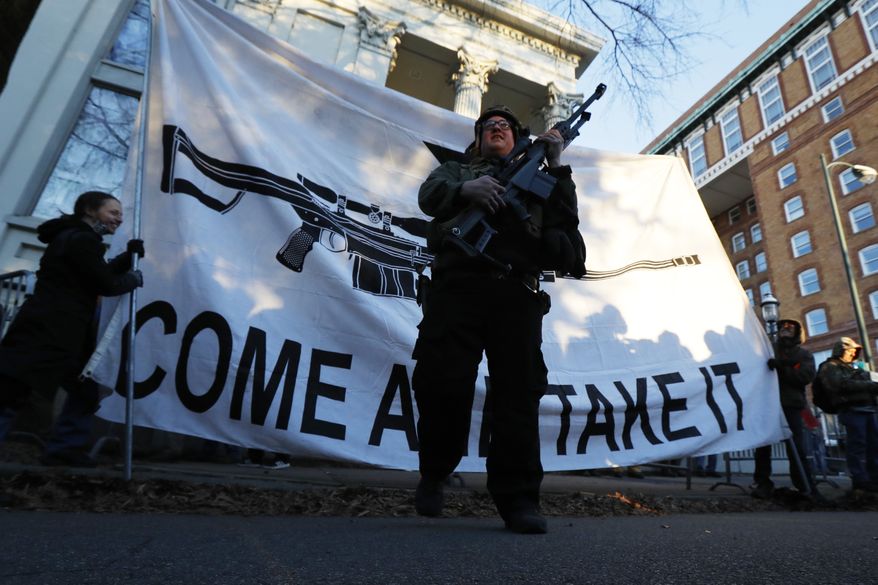 Republican state lawmakers showed their support for areas that declare themselves “Second Amendment sanctuaries” ahead of the Virginia gun rally against gun control proposals from the Virginia General Assembly’s new Democratic majority.

In last year’s election, Democrats won control of Virginia’s government and quickly advanced in passing a series of reform measures at the start of January’s legislative session.

Those reform measures include: limiting handgun purchases to one every 30 days, universal background checks and a “red flag” law, which allows a judge to order authorities to temporarily take a person’s guns if they’re found to be a danger to themselves or others.

Similar reform bills have been introduced by Democrats in North Carolina, but the Republican-controlled legislature has not moved them forward. Several North Carolina legislative Republicans who signed the letter last week compared Virginia gun control proposals to “confiscations by a tyrannical government”, but couldn’t describe what those proposals would do when asked by WRAL News.

“There are ways that we can reduce that number significantly that doesn’t involve removing the Second Amendment,” said Claire Kempner with Moms Demand Action.