NC Policy Watch: Reproductive freedom is in the cross-hairs this week at the Supreme Court 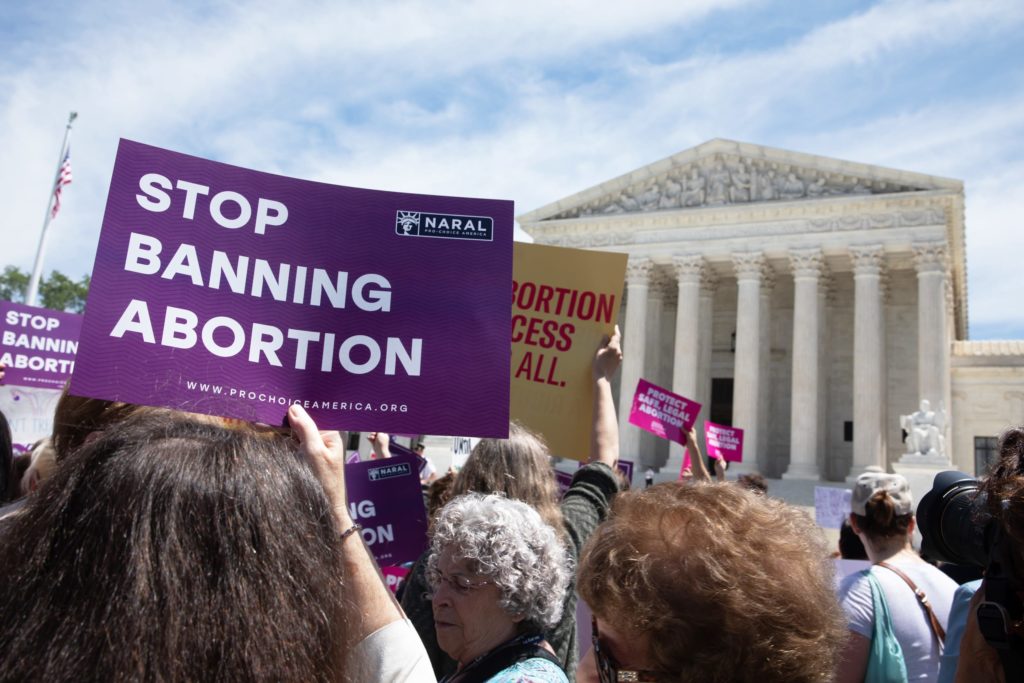 Wednesday will be an important day for reproductive rights, as the Supreme Court hears its first abortion case with Gorsuch and Kavanaugh on the court.

Trump’s two handpicked nominees will be deciding on the state of Louisiana’s case, June Medical Services v. Russo, which has the potential to shape abortion access in Louisiana and perhaps in other states.

In 2016, the high court struck down restrictions in a similar Texas law in the Whole Woman’s Health v. Hellerstedt case. The Supreme Court ruled that Texas clinics and doctors had created roadblocks for thousands of women, which created a wave of abortion rights advocates beating back similar laws in other states.

June Medical Services v. Russo, comes out of Louisiana and covers well-worn territory – namely, can states arbitrarily restrict abortion access based on regulations that have little, if any, basis in medical science and best practices? In this case, the court is reviewing Louisiana’s 2014 law requiring abortion providers to have admitting privileges at local hospitals. It’s a requirement that has proven difficult for abortion providers to meet, due both to hospital politics and the fact that abortion is an overwhelmingly safe procedure for patients.

The decision in June Medical Services v Russo should come out in June, and we are deeply concerned that, while it may not directly overturn the standard set in Roe v. Wade, it will continue the process of deeply eroding access to safe and legal abortion. It’s well documented that Roe has fallen short on its promise of ensuring equitable access to abortion for all who need it, but that doesn’t mean it’s not an important legal standard.

Further criminalizing abortion is not going to end abortion; it will just make it illegal and unsafe for those who seek it out. And whatever the Supreme Court decides, the majority of us will continue to provide support, love and compassion for the nearly one-in-four American women who make this decision, trusting that they know what is best for themselves and their lives at that moment.

If the Supreme Court decides to uphold the law, a district court found that Louisiana would be left with only one abortion provider in the state. Currently, almost 10,000 women seek an abortion in the state each year.

According to a 2019 report by the Guttmacher Institute, only 9 states enacted protections and measures for making abortion more accessible last year. Reportedly, Republican-led states sought to block abortions and imposed restrictions on patients and providers, while Democratic-led states went in the other direction.

Regardless of political stance, everyone should have access to the full range of reproductive health care services, including safe and legal abortion. With this case, the Supreme Court has the ability to remove one of the most basic standards of access, and could put the lives and health of people seeking abortions further into jeopardy.