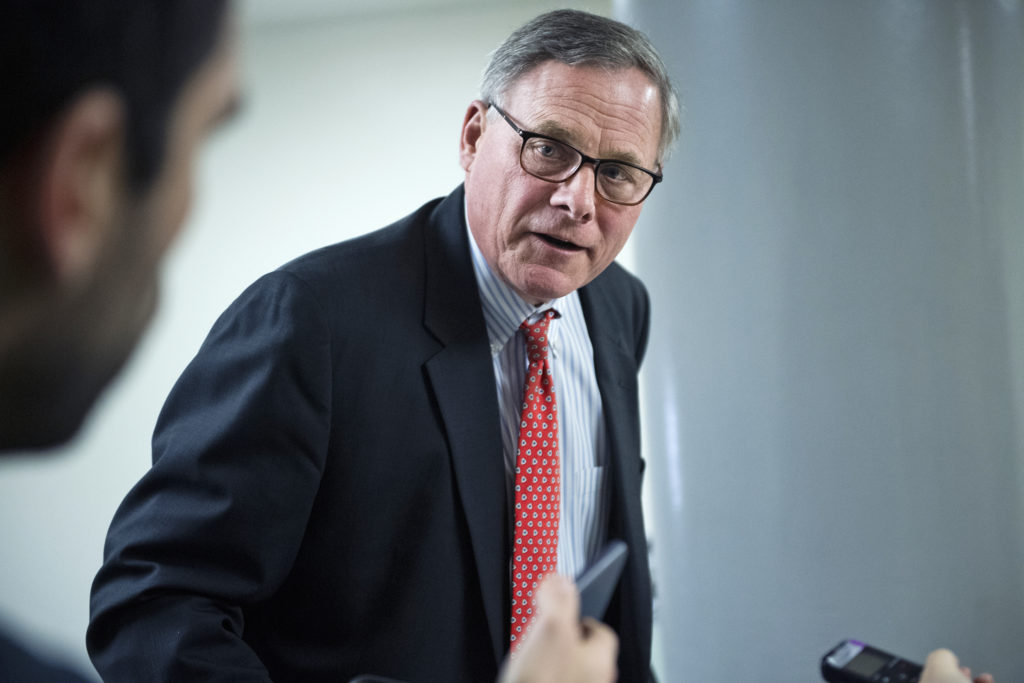 Around the same time, Burr was reassuring Americans about the coronavirus crisis while he disclosed the virus’ economic impact to wealthy donors.

Senator Richard M. Burr sold hundreds of thousands of dollars’ worth of stock in major companies last month, as President Trump and others in his party were still playing down the threat presented by the coronavirus outbreak and before the stock market’s precipitous plunge.

The stocks were sold in mid-February, days after Mr. Burr, Republican of North Carolina and the chairman of the Intelligence Committee, wrote an opinion article for Fox News suggesting that the United States was “better prepared than ever before” to confront the virus. At least three other senators sold major stock holdings around the same time, disclosure records show.

Two weeks after Mr. Burr sold his stocks, he spoke at the Capitol Hill Club in Washington to a nonpartisan group called the Tar Heel Club, warning that the virus could soon cause a major disruption in the United States.

The gathering, which drew fewer than 100 people, included representatives from the North Carolina governor’s office, as well as staff members from other congressional offices in the state.

It is apparently not the first time Mr. Burr has acted decisively to shield his assets from financial turmoil after hearing from government officials. In 2009, he recounted in a speech how after he heard Treasury Secretary Henry M. Paulson discuss a major company’s difficulty moving money between banks, he called his wife and instructed her to withdraw as much cash as possible from their own accounts out of fear there would be a run on funds.

A recording obtained by NPR, revealed Burr telling attendees of the luncheon held at the Capitol Hill Club, of the impending crisis COVID-19 poses and likened it to the “1918 pandemic”, three weeks before the public knew about the emerging public health threat.

Burr was one of three senators who in 2012 opposed the STOCK ACT, a bill that prohibits lawmakers and their staff from using nonpublic information for trades and personal benefits. Burr is among other Senators, who also sold off substantial stock holdings before the stock market tumbled, violating the STOCK Act.

As chairman of the Senate Intelligence Committee, Burr chose not to disclose the vital information and warn the public, but rather conducted insider trading and prioritized his own profits.

Burr remained  silent and along with Trump, allowed the people to believe the pandemic was a “hoax” and that there was nothing to fear. Burr jeopardized the safety and well-being of Americans in an effort to protect his own wallet.

Burr’s insider trading not only revealed the need for stronger anti-corruption measures, but the importance of honest leaders who will serve in the public’s best interests before their own.