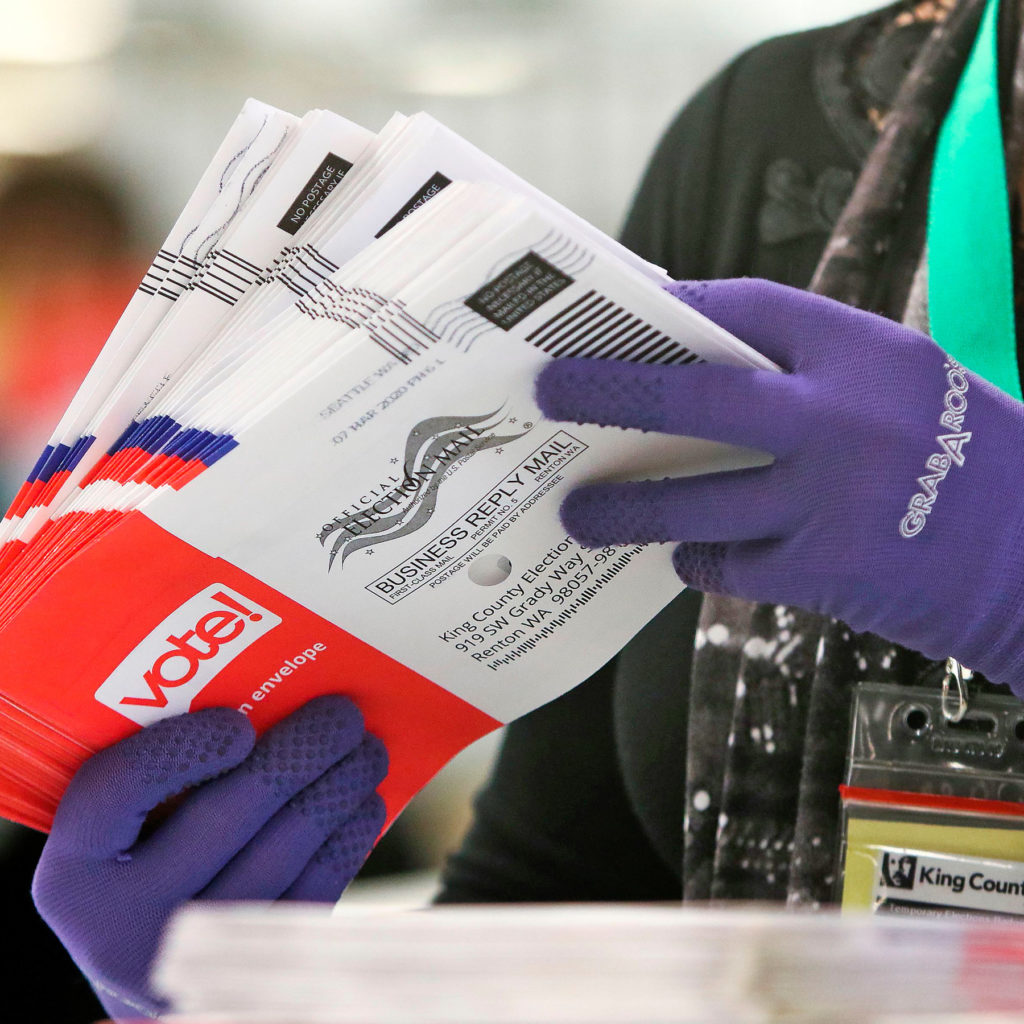 Amid the deadly spread of COVID-19, public health officials view the safest and most effective option to vote is through an expanded use of voting by mail. Five states currently conduct all elections entirely by mail, with North Carolina among several other states, considering the option in order to protect voters from the virus.

Yet, Republican leaders and Trump are pushing for voter suppression — claiming voting by mail is a recipe for fraud. Last Tuesday, the Republican-led legislature in Wisconsin refused Democratic demands to delay the election and allow for expanded mail-in voting. Their refusal to agree with their governor’s request and turning their back on constituents in a time of crisis, resulted in thousands standing in line to vote.

The scene Tuesday of Wisconsinites in masks and gloves gathering in long lines to vote, after Republicans sued to defeat extended, mail-in ballot deadlines, did not deter the president and top officials in his party.

Republicans are battling an effort to go to a mail-in-only primary, and they vowed on Wednesday to fight a new move to expand postal balloting in Minnesota.

The new political effort is clearly aimed at helping the president’s re-election prospects, as well as bolstering Republicans running further down the ballot. While his advisers tend to see the issue in more nuanced terms, Mr. Trump obviously views the issue in a stark, partisan way: He has complained that under Democratic plans for national expansion of early voting and voting by mail, “you’d never have a Republican elected in this country again.”

With over 550,000 confirmed coronavirus cases in the United States, the health and safety of voters should not be dismissed in favor of a political advantage.

Studies have shown that all forms of voting fraud are extremely rare in the United States.

In North Carolina, the board of elections has already moved to request mail ballots through an online portal, and to allow them to return ballot request forms by fax or email, in order to protect voters and poll workers from the spread of the virus.

The Republican-led legislature’s decision in Wisconsin displayed their own effort to make it more difficult and dangerous for every individual to vote.

In a state that has already experienced decades of Republican voter suppression laws, gerrymandering and tactics, the right to vote while protecting our own health and those around us should not be stripped away.

Phil Berger and our legislative leaders should consider enacting the safe changes recommended by the State Board of Elections. Safe and accessible voting for every individual should be the priority, not their own political advantage.