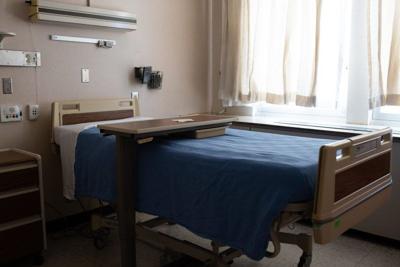 A new study released from the Urban Institute has revealed the devastating cost of states not expanding Medicaid, as more than 25 million workers could lose employer-based health insurance due to COVID-19-related unemployment.

According to the study, in the states that rejected Medicaid, about 40 percent of the people who lose their jobs and their health insurance will end up with no coverage at all.

Since the passage of the Affordable Care Act — a health care reform law designed to extend Medicaid coverage to millions in 2010 —  14 states across the country have refused to enact the law.

In some Republican-led states, the battle to provide coverage for millions has been a constant debate, resulting in hundreds of thousands of Americans falling through the health care safety net and hospitals in financial stress.

In the midst of the coronavirus, states that have rejected the expansion for years are seeing the harsh reality of letting rural hospitals go underfunded and close, having hundreds of thousands of uninsured people and the chronic lack of access to healthcare for millions.

For North Carolina, its unyielding Senate Republican leadership has held off Medicaid expansion since it surfaced in 2012 as an option through the Affordable Care Act.

Senator Phil Berger and Senate Republican leadership have been adamant opponents to the expansion, going as far as to continuing an 11-month stalemate against Democratic Gov. Roy Cooper over the state’s budget — a Republican-sponsored state budget that excludes Medicaid expansion, increased public education funding and teacher pay.

Expansion in North Carolina would have provided coverage to more than 500,000 North Carolinians that need to get care for chronic conditions and prevent illness and disease progression. The expansion would have also brought the state an estimated $40 billion in federal funds since 2014.

In addition, the state’s hospitals would not have lost out on $11.3 billion in federal funds intended to offset cuts in their Medicare and Medicaid reimbursements as required under the Affordable Care Act.

With the state having one of the largest uninsured populations in the country, and over one million unemployment claims due to COVID-19, many North Carolinians will be unable to obtain the adequate health care access or financial security that a comprehensive health care coverage provides.

Those newly uninsured people will be less likely to seek necessary medical care, the available research tells us, and more likely to face financial catastrophe if they do have a medical emergency — coronavirus-related or otherwise. The price tag for treating Covid-19 if a patient ends up hospitalized is anywhere from about $10,000 to north of $20,000. And these will be people who just lost their job and therefore their income. Enhanced benefits for unemployment aren’t going to cover a $15,000 hospital bill.

Tens of thousands uninsured, hospitals on the brink of bankruptcy, all amid a devastating pandemic. It didn’t have to be this way.

A potent cocktail of improvisational legislating, small-c conservative jurisprudence, and partisan obstinance sent the United States cascading down a path that ends with so many people unable to get health coverage during the coronavirus outbreak.

Back in 2009, when Democrats were debating what became the Affordable Care Act, they sought a balance between setting up new marketplaces where people could purchase private insurance (with the help of government subsidies) and expanding eligibility for Medicaid, then a patchwork of state and federal programs that covered, broadly speaking, poor elderly people, children, and parents, but not many childless adults.

Many Republican-led states quickly announced that they would not agree to a central provision of a law that they had already spent years vilifying as an assault on freedom. It did not matter that Medicaid expansion was, for states, an incredible deal. The federal government would cover 100 percent of the program’s cost for the first three years and, after that, 90 percent in perpetuity.

To justify turning down billions of dollars in federal aid that would help some of their most vulnerable citizens, Republican state officials have proffered a few spurious excuses. Some of them said the feds could renege on their promise to match 90 percent of the costs. (To date, this has not happened and, in fact, during the Covid-19 outbreak, the feds have started picking up even more of the tab for Medicaid enrollees.) Others said that Medicaid expansion perversely prioritized able-bodied adults over the elderly or disabled (a talking point I rebutted at length for Talking Points Memo; in short, there was no evidence and there have been no examples of states cutting benefits for those populations because of Medicaid expansion.) Sometimes, Republicans said they simply could not afford to cover 10 percent of the Medicaid expansion costs (never mind that health care providers were more than willing to help pay the state’s share if it meant reaping billions of federal dollars).

States like North Carolina that have chosen not to expand Medicaid have experienced the most rural hospital closures over the last 10 years according to a report from the Chartis Center for Rural Health.

And in a state that has 80 rural counties out of 100 counties — with seventeen that do not have state-licensed hospitals — millions of rural area residents are without adequate medical facilities to turn to during this public health crisis.

And given the demographics of the state, it is black and brown communities that are disproportionately being impacted by COVID-19 due to decades of lawmakers ignoring health disparities and chronic lack of resources caused by their broken system.

Despite numerous studies that have informed us that Medicaid expansion will save thousands of lives,  Republican-led states continue to deprive their constituents of their right to live healthy.

In order to combat the coronavirus, everyone must be able to receive the aid they need to get diagnosed, treated, and stop the further spread of the virus. Without protections for every community, we are all at risk.

Medicaid is needed for almost 2.3 million people who’ve been left uninsured and for the 30 million Americans who have lost their job in the last month. The value of long-term health and safety for every community needs to be guaranteed. No longer is this a partisan issue, it’s an “Us” issue.