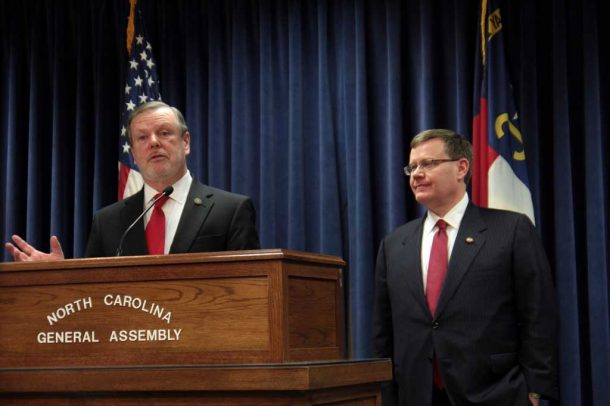 The time to protect every North Carolinian came two weeks ago as the North Carolina General Assembly came back for a legislature session. Medicaid expansion and improving unemployment benefits were viable and important measures to be added onto the COVID-19 relief package but neither came to fruition.

Blocked by Republican leaders once again, the expanded protections needed for millions of North Carolinians continue to be taken away, regardless of the current public health crisis.

When Republicans secured unfettered control of all three branches of North Carolina government in 2013, they immediately passed two cornerstones of their pioneering crusade against impoverished Tar Heels. First, they literally gutted the state’s unemployment compensation program – assuring that it became, as it remains today, the stingiest plan in the country.

Next, they scurried to enact a statute permanently rejecting Medicaid expansion under the Affordable Care Act. As a result, almost 500,000 low-income citizens lost proffered heath care coverage, though the federal government would have paid almost the entirety of the bill. The decision cost the state billions of health care dollars, tens of thousands of jobs, an array of rural hospitals, and thousands of lives.

Little explanation was given, beyond statements that “expansion wasn’t good for North Carolina.” But the decision made two things clear: our Republican lawmakers hated President Obama and they were launching what would soon become a successful campaign to out Mississippi Mississippi. These two inaugural, defining steps began, instantly, to diminish the well-being and life chances of hundreds of thousands of Tar Heels. With the advent of the new coronavirus, they now expand exponentially the tragic hardship faced by massive numbers of our sisters and brothers.

Since 2012, the state’s Senate Republicans have held off Medicaid expansion, preventing more than 500,000 North Carolinians from receiving care for chronic conditions and illnesses.

Prior to the coronavirus pandemic, North Carolina had one of the largest uninsured populations in the country with over 13 percent or 1.1 million people without health care coverage. But with unemployment claims hitting over 1.2 million this week, many more North Carolinians will not have the life-saving health care coverage they need during the outbreak.

Republicans have also refused  over $40 billion in federal funds since 2014 that would have paid almost the entirety of expanded Medicaid coverage for North Carolinians.

The decisions made by Republicans since 2013 have continued to plague the state. Their move to give the wealthy and corporations tax breaks while unapologetically gutting the state’s unemployment, rejecting Medicaid, and cutting vital funding for hospitals, have left millions vulnerable.

North Carolinians are now having to face the outbreak without any financial compensation or health care to protect them. Yet, for Republicans, a “political loss” means more to their political career than the health and safety of those they swore to protect.

As Dale Wiggins, Republican chairman of the Graham County commissioners said, “For some people who have good paying jobs and good health insurance it is easy to say that those without health insurance just need to go to work, isn’t it?”