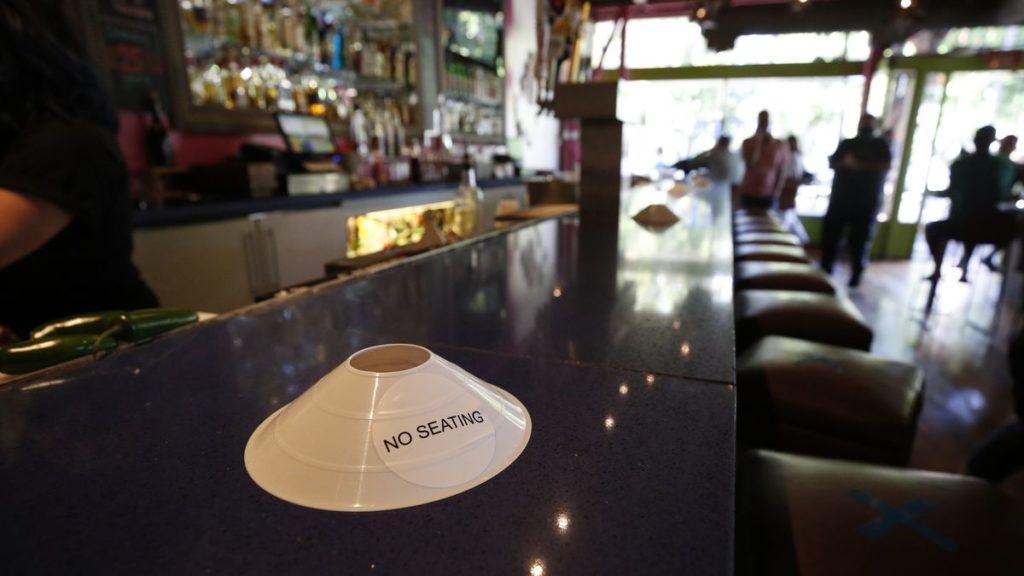 On Thursday, the N.C. General Assembly voted to let bars serve customers outdoors, despite Gov. Roy Cooper’s recent executive order keeping them closed due to COVID-19. Spearheaded by the GOP and some Senate Democrats, the legislation goes against safety measures imposed by Gov. Cooper that help prevent further transmission of the virus.

Rather than adhering to recommendations from doctors and healthcare experts, lawmakers passed the legislation and now await Gov. Cooper’s approval.

The state House joined with the Senate and approved legislation to allow “safe” outdoor seating for dining and beverage service in North Carolina at half of each bar’s total maximum occupancy.

Gov. Cooper says his decision shuttering bars until at least late June is based on data and science.

The bill now goes to Governor Roy Cooper, who responded to the legislation during a press conference Thursday afternoon.

“We’re six days into Phase 2 and on a day when we’re seeing some of our highest numbers of hospitalizations and death, the senate wants to open bars,” Gov. Cooper said. “These decisions are difficult, but they are made with daily briefings from doctors and healthcare experts.”

Since the passage of the legislation in the General Assembly, North Carolina has reported the highest number of hospitalizations for COVID-19 yet by the state.

In a recent LTE in the News & Observer, NC health care workers have urged Gov. Roy Cooper and the legislature to support N.C. residents in staying safely at home while ramping up contact tracing and testing — rather than prioritizing the economy.

Health care workers are also urging for the expansion of Medicaid, supporting small businesses, and improving access to unemployment benefits.

As cities in North Carolina are experiencing COVID-19 deaths faster than any other city in the U.S., lawmakers need to realize the risks they are exposing North Carolinians to. Gov. Cooper’s continued commitment to a gradual reopening plan has proven to have flattened the curve in North Carolina, but lawmakers’ constant push to go against these safety measures could undue months of progress.

During this public health crisis, the economy should not come before anyone’s health or well-being, especially while lawmakers refuse to expand protections for the millions of North Carolinians who will be at risk from reopening.