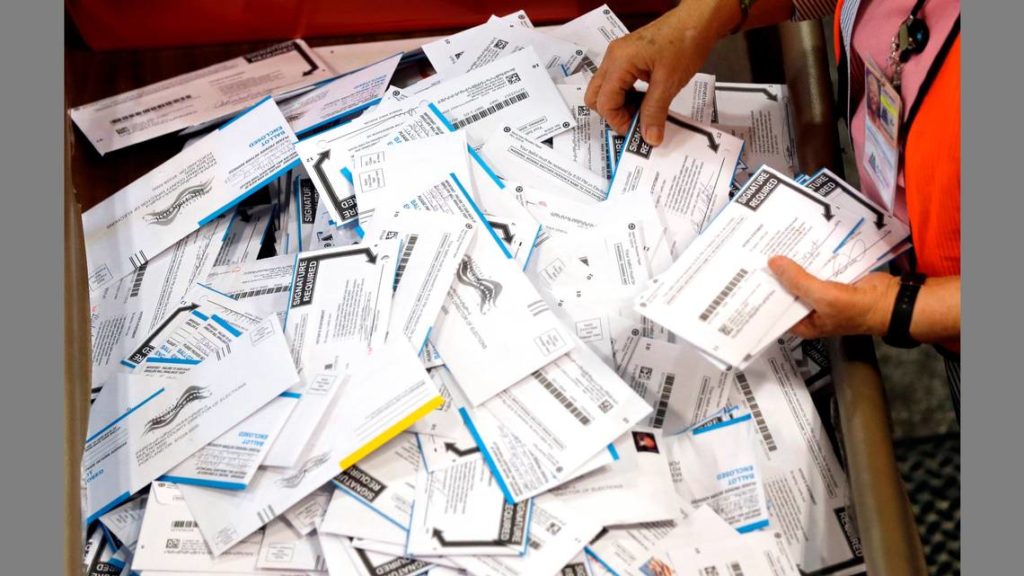 In a rare show of bipartisanship, N.C. House Republicans and Democrats jointly sponsored a voting-by-mail bill that passed last week with near unanimous support — 116 to 3. The House Bill 1169, reduces the number of witnesses needed for an absentee ballot from two to one and makes it easier to obtain an absentee ballot request form.

Voting has been a source of bitter partisan disputes in North Carolina as the two parties have fought in the legislature and the courts over gerrymandering, a voter photo ID requirement and changes in other election-related laws.

President Trump has tried to make voting by mail another partisan flash point. He recently posted tweets claiming that mailed ballots are subject to massive fraud, despite scant evidence that fraud is a problem even in states that conduct their entire elections by mail.

This time, North Carolina Republicans didn’t go along with Trump. They went along with Democrats. What’s changed? Party affiliation does not confer immunity from COVID-19.

During the pandemic, so many voters will be nervous about voting in person in November that both parties agree on the need to make it easier to submit a ballot by mail.

Measures such as pre-paid postage, delaying the deadline for voter registration and making Election Day a holiday, are not addressed due to failed support from Republicans.

Yet, in their continued effort for voter suppression,  Republican lawmakers have included a provision to add a new type of photo ID requirement in an effort to undermine the state and federal court cases that have stopped the implementation of ID requirement.

This bill marks the first piece of legislation that has addressed safe and secure voting since the pandemic began. With the outbreak posing a unique threat to the health and safety of NC voters, it is important lawmakers ensure that all North Carolinians have equal access to the ballot.

Lawmakers have provided the bare minimum, but need to go further in making sure that every community will have safe opportunities to make their votes, and their voices heard in November.