NBC News: Trump’s coronavirus reaction failed America. But Congress also failed us — and it has for years 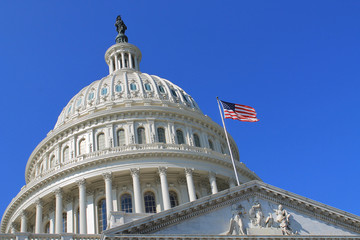 As the U.S. hits 4.3 million COVID-19 cases, medical experts are urging leaders to consider shutting down the country and start over to contain the pandemic. Since the early months of the year, the Trump administration missed or ignored the mounting signals of the impending crisis.

Yet, while Trump fumbled our nation’s response and assigned blame to everyone but himself, Congress remained absorbed by petty partisanship and slow in responding to the needs of their constituents.

For too long we have allowed what had been a relative meritocracy in politics to devolve into a cheap reality show that rewards all the wrong things. We have allowed our leaders to rig the system in their favor, and our two major parties to conspire in protecting their duopoly. It has ignited our tribalism and has produced a president who operates with profound ignorance of both science and law, and a Congress that fails to recognize its own culpability.

Trump was wholly unqualified for this moment. He ignored the threat of coronavirus until it was too late. He fumbled our nation’s response. He misled the public. He assigned blame and claimed glory. He failed us.

Over nearly three weeks from Feb. 26 to March 16, the number of confirmed coronavirus cases in the United States grew from 15 to 4,226. Despite cases increasing, the Senate adjourned for more than a month in March.

In April, Trump’s push to reopen — while blocking PPE from states — came as the U.S. surpassed one million COVID-19 cases and 52,000 deaths.

Yet, according to a poll that same month, eight in ten Americans supported their governors’ orders that required them to stay at home. With respondents saying they were willing to stay home at least another month to help contain the virus.

Currently, in North Carolina, a majority of voters disapprove of Trump’s job performance, while nationally, more than 60% of Americans do not approve of how Trump has handled the crisis.

As Washington failed in its response, governors across the country — like Gov. Roy Cooper, spearheaded safety protocols and stood firm in mandating executive orders in an effort to slow down the spread of the virus. Months of action from these governors, despite lack of federal support exemplified what the nation’s response should have been during this pandemic.

In North Carolina, voters — by a 2-to-1 margin — say the state was right to prioritize health protocols for the GOP convention that was supposed to occur there, despite Trump calling the protocols too strict.

Bottom Line: Amid this public health crisis, the country needed leaders and an administration that would put the safety and welfare of all before seeking advantage over the other, but Trump and Congress truly missed that mark while state leaders stood up to the challenge.