Cardinal & Pine: Ahead of RNC, Families Who Have Lost Loved Ones to COVID Have a Message: We Blame Trump 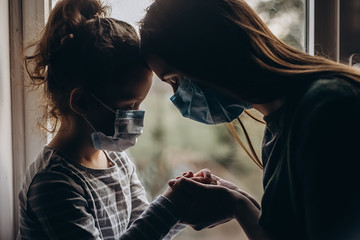 Amid the Republican National Convention taking place in Charlotte, North Carolina this week, mourners across the nation joined in for the March for the Dead on Friday.

As more than 176,000 Americans have passed away from COVID-19, people who have lost loved ones are demanding accountability from the Trump Administration over its mishandling of the pandemic.

COVID Families, a project of the Center for Popular Democracy, helped organize the event. “We are the numbers behind the COVID death toll. We are the survivors; the parents, the children, the siblings, the loved ones of those killed,” COVID Families said in a statement shared with Newsweek. “We are taking a stand.”

Similar vigils are set to take place nationwide, including in Washington, D.C., San Diego, Seattle, Wisconsin, Delaware, Arkansas, and Alaska. The RNC kicks off Monday in Charlotte, North Carolina, with activists and speakers from Resist RNC 2020 rallying in Marshall Park.

“Trump and his cowardly enablers, they all have blood on their hands,” Martin Quinn, an activist with COVID Families and activist group Rise and Resist, told Newsweek. “I don’t know how else to channel my pain but to pressure them and the rest of the country to do better.”

This feeling was crystallized for the nation during the first night of the Democratic National Convention Monday, when Kristin Urquiza spoke of her father’s death to COVID-19. Urquiza squarely blamed the president for both minimizing the seriousness of the pandemic and pushing states to resume activity before it was safe.

Mark Anthony Urquiza, a 65-year-old quality assurance inspector described as having no underlying conditions, took precautions early on in the pandemic, such as wearing a face mask and staying home as much as possible. But when Arizona bent to pressure from President Trump to reopen May 15, the elder Urquiza “was completely under the impression that it was safe to resume activities as normal,” his daughter said. He died the next month.

“The coronavirus has made it clear that there are two Americas: The one that Donald Trump lives in, and the America that my father died in,” she said. “Dad’s death was completely unnecessary and wouldn’t have happened had we acted quickly and swiftly in a way that prioritized public health.”

Since March, Trump has made numerous false claims, denials and deflections surrounding the pandemic and the questioning of his leadership. As a result, the U.S. has more than 5.6 million COVID-19 cases, with no national plan.

This comes as Trump claimed in an interview that the virus is under control —  stating that despite the rising death toll of 1,000 Americans dying each day, “It is what it is”.

A recent ABC-Ipsos poll found that 66 percent of Americans disapprove of Trump’s handling of the pandemic.

The lack of clear command and leadership from the Trump Administration resulted in months of COVID-19 testing shortages, inadequate resources for healthcare and essential workers, along with the loss of social safety nets. Trump and his enablers push to reopen the nation prematurely, came at a cost — for not only the nation, but for the millions who have had to bear the brunt of it.