When To Expect Election Results 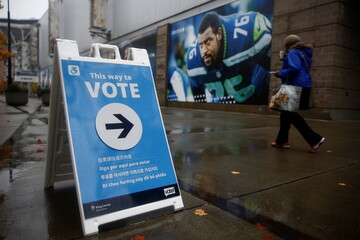 This year has been different. From a global pandemic to an unprecedented fire season on the West Coast, our expectations have been repeatedly upended. The upcoming 2020 elections are going to be different too.

Election results delays may be noticeable in states like North Carolina, California and Texas, that have received an influx of mail-in ballots, in addition to accepting ballots postmarked by Election Day but received afterward. So we may not know the final election results on election night this year. Yet, Trump and his allies have been laying groundwork to challenge the results of the election if he loses.

There’s a good chance we won’t know who won the presidential election on election night. More people than ever are voting by mail this year due to the pandemic, and mail ballots take longer to count than ballots cast at polling places. But because each state has its own rules for how votes are counted and reported, some will report results sooner than others. Those disparate rules may also make initial returns misleading: The margins in some states may shift toward Democrats as mail ballots (which are overwhelmingly cast by Democrats) are counted, while states that release mail ballots first may experience a shift toward Republicans as Election Day votes are tallied.

For North Carolina, initial results will come very fast, but the rest will take time. Election officials estimate that up to 80 percent of the total vote could be announced right after polls close at 7:30 p.m., including in-person early votes and all mail ballots received by Nov. 2. Election Day returns will then trickle out over the course of the next several hours (those results are expected to take longer than usual because equipment must be sanitized after polling places close). However, North Carolina counts absentee ballots that arrive as late as Nov. 12, so there will definitely be some counting for at least nine days after Election Day.

States like Pennsylvania, where some counties will not begin counting mail-in ballots until Nov. 4  due to limited resources — could take several days to get an accurate result.

Several elections in the past have had delayed counts, including in 2012, when it took four days to call Florida for President Barack Obama.

The process to select candidates doesn’t end in November. There is an extensive legal timeline that leads from Election Day to Inauguration Day on January 20, 2021.

This year, COVID has taken loved ones and left many scrambling to make ends meet while a powerful few reap record profits off this pandemic. Trump and his allies failed to protect us and so it is no wonder that millions of Americans turned out in record numbers to vote. His constant attacks on the election and vote by mail is in an effort to distract us from his failed leadership and incompetency.

And in recent weeks, Trump and his allies have continued to try to undermine voters and election officials who have checks and balances in place to make sure the ballot counting process is secure and ballots are counted accurately.

Bottom Line: Trump’s attempt to undermine our elections is desperate and irresponsible. Yet, we the people are proving nothing will stop us from making our voices heard and our votes counted.

Voters have done our job and turned out in record numbers. And now our election officials are doing theirs in ensuring a fair and accurate vote.