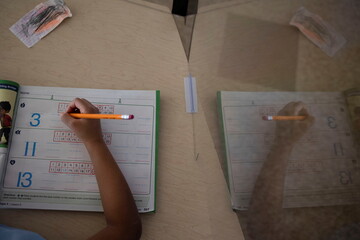 On Friday, Gov. Roy Cooper vetoed Senate Bill 37, a Republican-backed legislation that would have forced more school districts to reopen for in-person instruction.

The legislation fell short in two places: It hindered the governor, school districts and other officials from shutting schools down again if the pandemic worsens and allowed middle and high school students back in classrooms in violation of state and CDC health guidelines.

In a statement, Gov. Roy Cooper stated that the bill, “As written..threatens public health just as North Carolina strives to emerge from the pandemic. Therefore, I veto the bill”.

The Democratic governor has called on school boards that haven’t yet done so to transition to in-person instruction but opposed the statewide mandate that would’ve required them to reopen with about two weeks notice. In some places, students have been kept out of physical classrooms for 11 months, prompting outcry among parents concerned about learning loss.

Cooper has also sought to address concerns among teachers advocates. Following demands from the state’s largest lobbying group for teachers, Cooper announced he would open up vaccine eligibility to child care workers and pre-K to 12th grade principals, teachers and school staff above all other “frontline essential workers.” Teachers are eligible starting Wednesday, while other subgroups can get the vaccine as early as March 10.

The NC Association of Educators (NCAE), had similar concerns as the governor about Senate Bill 37. NCAE President Tamika Walker Kelly said in a statement that the bill “would have needlessly endangered the health and safety of educators and students”.

While Republicans in the NC General Assembly attempt to open schools swiftly — according to a new poll, North Carolinians support giving teachers the option to wait until they are vaccinated to return to the classroom.

Historically, the Republican-led NCGA has failed to prioritize educators for decades through their refusal to increase teacher pay and public school funding. And even during a pandemic, which has claimed the lives of hundreds of our educators across the country, legislative Republicans continue to aim low in meeting their most basic needs.

While the pandemic continues to rage on, the Republican-led NCGA needs to enact legislation that will keep educators and students safe by complying with the state health department and federal safety guidelines.

Bottom Line: North Carolinians, along with Gov. Roy Cooper, stand with educators in making sure they are vaccinated and that safety measures are in place before returning to classrooms.

Will Republicans in the NCGA stand with us in protecting one of our most vital, irreplaceable public servants? Or continue to ignore a cautious and science based approach to school reopening?