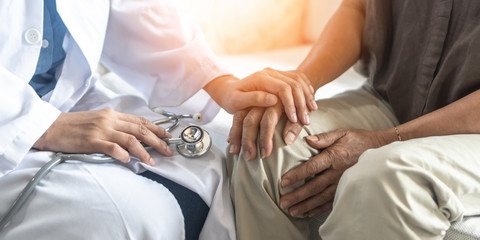 Today marks the 11th anniversary of the passage of the Affordable Care Act (ACA) — a law that reformed the health care system and allowed more than 20 million Americans to gain coverage.

Although the law passed over a decade ago, North Carolina remains one of the 12 states that have not adopted Medicaid expansion under ACA — leaving more than 500,000 North Carolinians without health care coverage.

In the past year, countless numbers of North Carolina workers have lost their jobs, and their health coverage with it, because of the pandemic. That’s made the issue of expansion that much more urgent, as the probable number of people who would benefit from the policy has climbed.

By now, 38 other states have made the move to expand Medicaid, including a number of Republican-led states, including Montana, Oklahoma, Idaho and Ohio.

Now, another landmark piece of legislation, the American Rescue Plan (ARP), signed into law by President Joe Biden last week, provides substantial incentives for the holdout states to finally expand. The question is, will North Carolina legislators, who have firmly resisted expansion in the past, take the plunge?

Under the recently passed American Rescue Plan, the Biden-Harris administration and Democrats have renewed a push for states that haven’t expanded Medicaid through incentives that includes additional federal funding that could go to helping our struggling rural hospitals that are serving counties hit hardest by COVID-19 and generate thousands more jobs.

For North Carolina, our state would receive more than $1.7 billion in federal funding if the NC General Assembly moved forward in improving access to health care coverage through Medicaid expansion.

For far too long, too many North Carolinians have been denied access to health care. Under Senator Phil Berger and House Speaker Tim Moore’s leadership, the Republican-led NCGA has repeatedly rejected the expansion, which has resulted in our state losing out on billions of federal funding.

With a large majority of North Carolinians in favor of our state passing Medicaid expansion, the answer is clear: The American Rescue Plan allows us to bring billions of dollars to our state, fund our underinvested rural hospitals, while providing adequate health care to every North Carolinian in need.

Bottom Line: North Carolina’s coverage gap will not close unless our lawmakers do something about it. In case our Republican lawmakers have forgotten, health care should not be a privilege. It’s a human right.

Now is the time to show that government works for everyone by ensuring North Carolinians have access to quality, affordable health care.