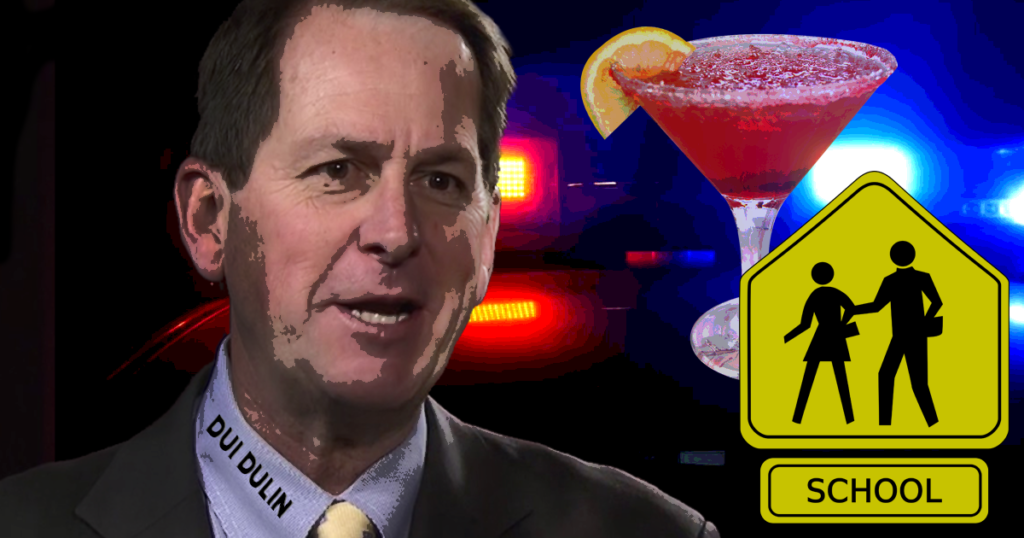 In early July North Carolina House Representative Andy Dulin was arrested and charged with driving while intoxicated in Ohio. Back in North Carolina, he’s also driving our schools into the ditch.

Republican State Senator Dan Bishop of Mecklenburg County said Tuesday that his colleague, GOP House member Andy Dulin, should step down after it was revealed that Dulin was arrested in July for DUI

Drunk driving has been a key issue in Bishop’s reelection bid.

In the run-up to the Nov. 6 election, Bishop has approved numerous negative ads against his Democratic opponent, Chad Stachowicz. Stachowicz was arrested for DUI a decade ago, and Bishop’s ad says that he is not fit to serve.

Dulin was arrested July 2 and charged with DUI in Erie County, Ohio, west of Cleveland.  He refused a DUI test, according to the municipal court’s website.   He also was charged with driving in marked lanes.

Bishop told WFAE Tuesday that Dulin should step down.

“It’s unfortunate, and I think that, like Chad, Andy needs to focus on himself right now rather than public service,” Bishop said. “My opinion is that he should step aside.”