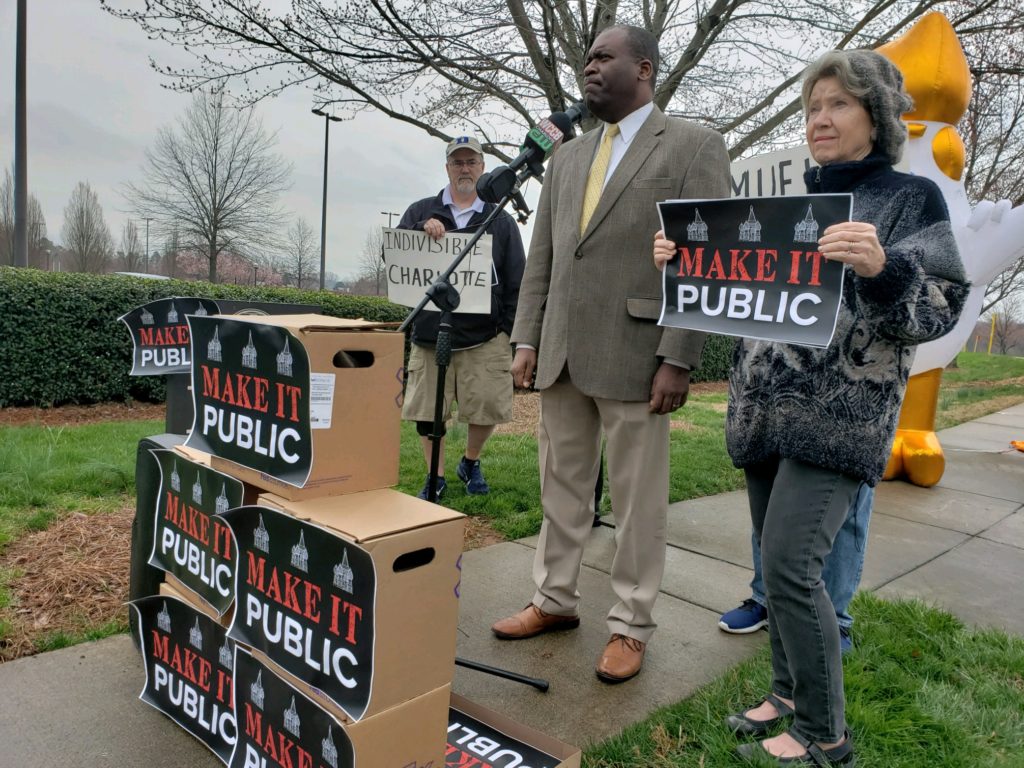 CHARLOTTE – As President Trump’s former personal attorney, Michael Cohen, delivers explosive public testimony today in which he accuses the president of signing a hush-money check for Stormy Daniels while in office, and as billboards have gone up along Interstate-77 in Lake Norman calling on Sen. Thom Tillis to support legislation to make the Mueller Report public, Charlotte-area voters delivered 3,000 petition signatures to Sen. Tillis’ Charlotte office with a demand: “MAKE IT PUBLIC!”

“Today’s Congressional testimony of Donald Trump’s former personal attorney is very worrisome to those concerned about the integrity of the 2016 election,” said Faisal Khan of Progress NC Action. “Michael Cohen’s claim that President Trump continued to negotiate a lucrative hotel deal in 2016 in Russia is completely contrary to Trump’s claims. The accusations are another glaring example of why the investigative report by Special Counsel Robert Mueller must be made public.”

Press reports suggest the investigation of Special Counsel Robert Mueller into Russia’s involvement in the 2016 presidential election is winding down, and a report to the Trump Administration’s Attorney General William Barr is coming soon. 3,094 signed petitions were delivered to Senator Thom Tillis on Wednesday demanding that he stand up for transparency by signing onto pending legislation to make the Mueller Report public.