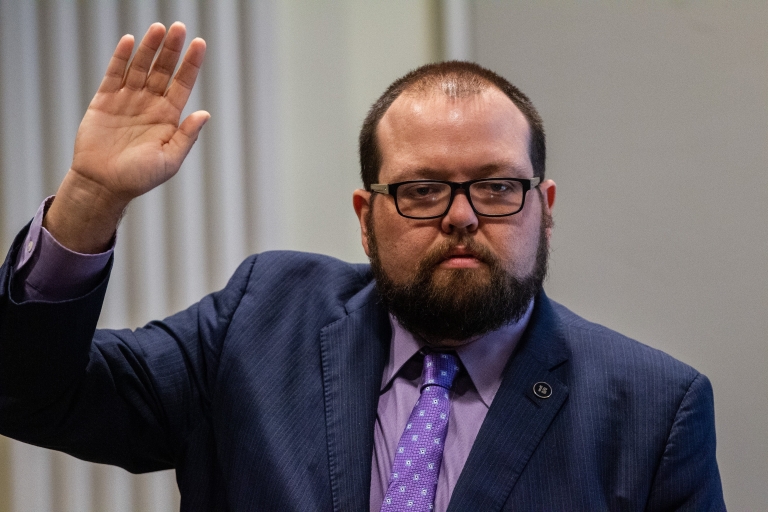 RALEIGH — The political consultant hired by the Mark Harris for Congress campaign said on Wednesday that he was familiar with criminal background checks for his opposition research political work, but he says he never ran a criminal background check on McCrae Dowless, the convicted felon he paid $131,375.57 and spoke to almost daily over the course of a political campaign. Dowless, who served prison time for insurance fraud, was the mastermind of a scheme to illegally harvest absentee ballots in Bladen and Robeson Counties in the 9th Congressional District.

Yates also said he was totally oblivious to a “This American Life” radio story that aired nationally on National Public Radio on Dec. 23, 2016 in which McCrae Dowless inadvertently describes his illegal absentee ballot harvesting tactics at a State Board of Elections hearing after the 2016 election.  Dallas Woodhouse, executive director of the North Carolina Republican Party, is also quoted at length in that radio piece. But Yates says no one alerted him to that nationally broadcast story before he hired Dowless.

“Glaring warning signs on McCrae Dowless were easy to find via Google for anyone who bothered to spell the convicted felon’s name correctly,” said Gerrick Brenner, executive director of Progress NC Action. “Hiring Dowless was a reckless move decided by the candidate himself, Mark Harris, which led to a tainted election in the 9th Congressional District. The voters deserve a new election.”