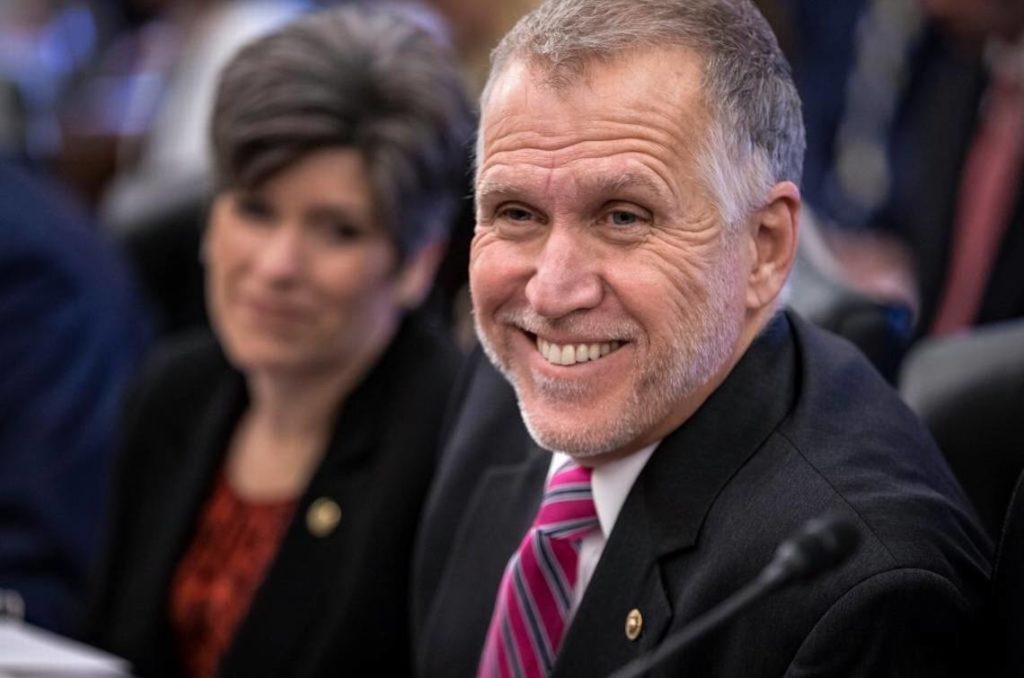 Senator Thom Tillis talks a big game of being a common-sense Republican who seeks compromise. His voting record tells a different story. After his dramatic reversal on Trump’s fake national emergency to build his racist and pointless wall, Tillis has lost all credibility. And now it appears Trump’s fake national emergency will cost North Carolina hundreds of millions in military spending.

Tillis has also said publicly that he would protect the Mueller investigation. The people of North Carolina overwhelmingly believe the report should be made available to the public.  If Tillis wants to gain back any credibility he should demand the Mueller report and it’s findings be made public.

A poll conducted by ProgressNC Action shows that North Carolinians overwhelmingly support the Mueller investigation and want Senator Thom Tillis to call for the report to be made public when it’s released. Two-thirds of voters say they’ve heard a lot about the investigation into Russian interference and 61% support it, including 52% who strongly support it. In addition, 75% of voters say they “think Senator Thom Tillis should publicly support the release of a full, public report on the findings from the Special Counsel investigation.”

These numbers come on the heels of the most embarrassing week Tillis has had as a Senator. He’s carefully honed a reputation as a pragmatic conservative, walking a line between defending core conservative values and supporting Donald Trump. He lost most of his credibility when he wrote his op-ed announcing he would vote against Donald Trump’s emergency order in order to secure money for a border wall and then stunningly voted to support the measure instead. He’s been roundly ridiculed in the North Carolina and national press.

Now, a report says that North Carolina is about to lose hundreds of millions of dollars in projects associated with military communities in order to build a wall on the Mexican border. Neither the wall nor the emergency declaration are popular among rank and file voters. Tillis’ vote may stave off a primary challenge but it will be hard to defend to people who are losing out on job opportunities and infrastructure projects.

He clearly put political considerations ahead of the principles he tried to espouse in the op-ed. Before his vote, he believed that his best political option was to move to the middle to woo the moderate voters who will determine his re-election in North Carolina. Instead, Trumpists like Rep. Mark Walker called him out and activists started calling for a primary. Instead of instigating a fight over what the GOP should stand for, he conceded that the party, at least in North Carolina, is now a reflection of Trump instead of Reagan.

In addition to his flip-flop on the national emergency, Tillis has been silent after introducing legislation to protect Robert Mueller from Donald Trump. Like his op-ed, the bill was more about optics than principle. He makes a lot of noise about his pragmatism and conservativism but when push comes to shove, he’s absent.

Tillis could start to reclaim his credibility by demanding the Mueller report be made public, but he would have to be forceful about it. The bill passed the House by 420-0, so there’s not a lot of political downside to it. Tillis needs to do something to stop the bleeding.

Thomas Mills is the founder and publisher of PoliticsNC.com. Before beginning PoliticsNC, Thomas spent twenty years as a political and public affairs consultant. Learn more >

Digital Director
Posted in Democracy, Politics As Usual
Sign up for our mailing list to receive a weekly newsletter with fact-based commentary that cuts through the noise to give trustworthy insight about how North Carolina politics and issues impact our everyday lives