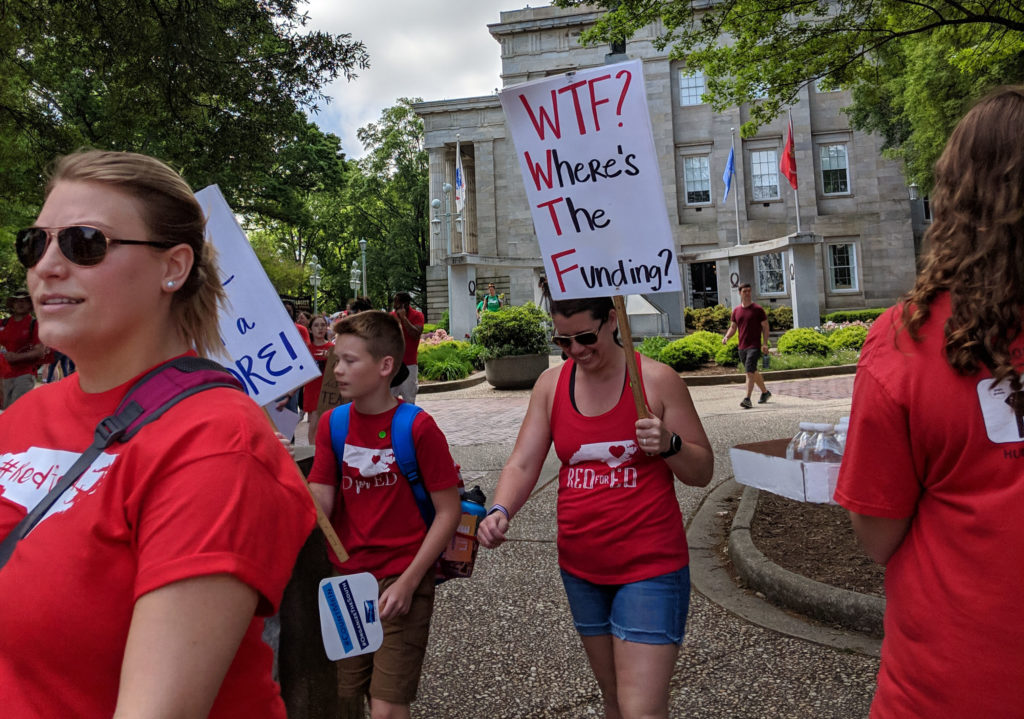 All of that is a major reason why the Republican budget currently moving through the General Assembly simply doesn’t cut it when it comes to public schools. Regular readers of the Monday Memo know that the educators who marched in Raleigh on May 1 had five main demands which are widely popular among North Carolina voters, even Republicans:

So how does the GOP budget do on those demands?

So the Republican budget does almost nothing to meet educators’ demands. Then what DOES it do?

North Carolina needs a major investment in public education if we’re ever going to return to pre-recession funding levels — let alone catch up to other states. Unfortunately, the Republican budget does very little to get us there.