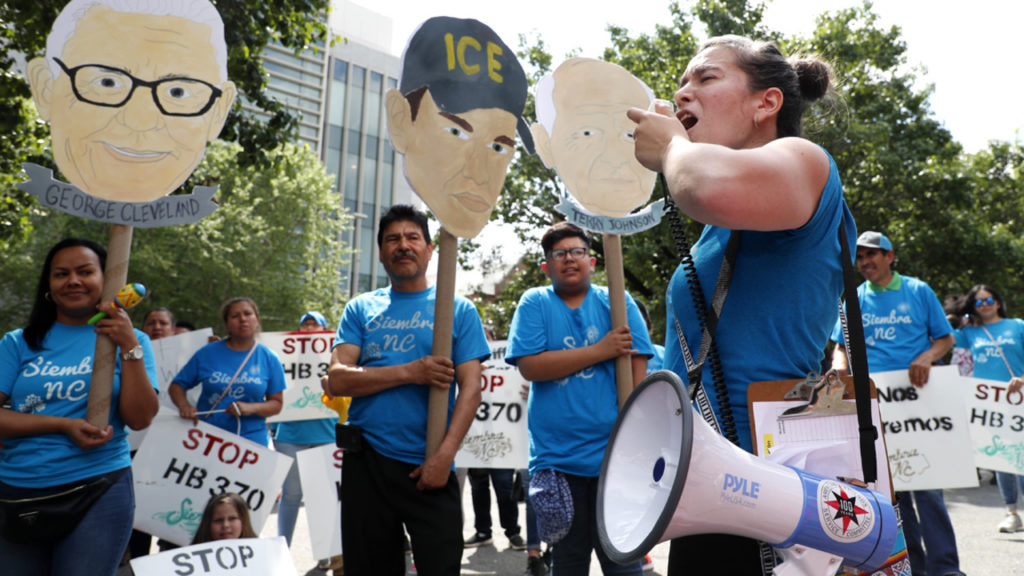 A group of immigrants and activists came together Saturday morning to rally outside of the North Carolina Sheriff’s Association against House Bill 370 and House Bill 135. They are urging Governor Roy Cooper to take a stand against two bills, which according to Members of the immigrant community makes them feel as if they are “captive in a community that is hunting us and we don’t want that”

North Carolina is home to a small but growing immigrant community. As workers, business owners, taxpayers, and neighbors, immigrants are an integral part of North Carolina’s diverse and thriving communities and make extensive contributions that benefit us all. Enforcing our immigration laws is the federal government’s responsibility and local governments have no legal obligation to assist. Local authorities should be the ones to make the decision on how to ensure their public safety. This bill is just another example of North Carolina Republican legislatures disregarding basic principles of democracy in order to grab power.

Requiring local law enforcement agencies to pose as immigration agents will not increase public safety in our communities. Furthermore, these agreements isolate and alienate immigrant communities who are an integral part of North Carolina’s diverse and thriving communities and can actually help keep our communities safe.

Digital Director
Posted in Human Rights, Immigration
Sign up for our mailing list to receive a weekly newsletter with fact-based commentary that cuts through the noise to give trustworthy insight about how North Carolina politics and issues impact our everyday lives