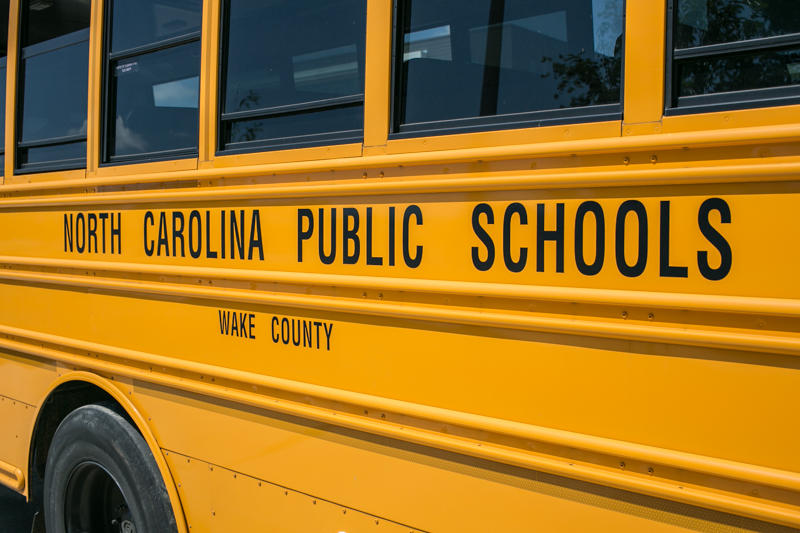 I am a Wake County teacher with an undergraduate degree in arts education and a master’s degree in my content area. The ongoing exodus of veteran teachers, the abuse of new and future teachers, and the defunding of North Carolina’s public schools is the symptom of a legislature that has forgotten the civil purpose and value of public education. Thanks to the politicians in Raleigh, one of our greatest social institutions is being slowly sabotaged and further segregated in real time. Nowhere is that more apparent than the GOP’s outrageous actions and misguided priorities on the state budget.

A teacher like me who doesn’t come from a family with pre-existing wealth has to work two or three jobs while trying to perform well in an incredibly stressful, underpaid, and overworked career. I’m not sure how much longer I can do it, and it has nothing to do with how much I care. I have to survive and grow. Educators can’t fight this battle alone.

It’s next to impossible to have power or solve problems if you can’t even stop to breathe. Some of us can’t afford to insure our families, even with employer-provided health care and working multiple jobs. We can’t afford to take time for self-care or fighting to influence the system we work in — we’re too busy struggling to pay the bills by teaching too many children with too little support. It’s getting worse, fast.

The General Assembly’s band-aid “mini-budgets” and insulting pay plans aren’t enough. We need a real investment in public schools, and we need it now. The state of our public schools is a reflection of society, and much of our society is suffocating. Education and culture are being held hostage out of political spite — all while others reward themselves with more property and power.

Recently, Gov. Cooper wrote a letter to educators about his budget veto. After his letter, we received a blatantly partisan response from Dan Forest sent to our work email and citing the mismanagement and dysfunction under the opposing party’s leadership. But it is very convenient for Dan Forest to call something broken when people like him helped break it. It is very easy to cite “facts” that ignore the larger picture when people like him benefit from devaluing and exploiting people they feel entitled to ignore. Republican lawmakers accused Gov. Cooper of treating educators like pawns, but we aren’t fooled.

The GOP communicates with teachers by calling students “customers” and touting the “freedom” their policies provide. But this “freedom” certainly isn’t accessible to everyone. They claim to value the public, teachers, and equity — while using them like pawns to keep control. They place more and more weight on the backs of teachers and struggling communities in order to shift resources from those with the least to those with the most.

This is about so much more than a single insulting pay plan. This is about the decade-long under-funding of North Carolina public schools and the current General Assembly’s refusal to do anything serious about it. This is about keeping the promises that were made to our students and educators, and giving us the tools we need to educate the minds of tomorrow.