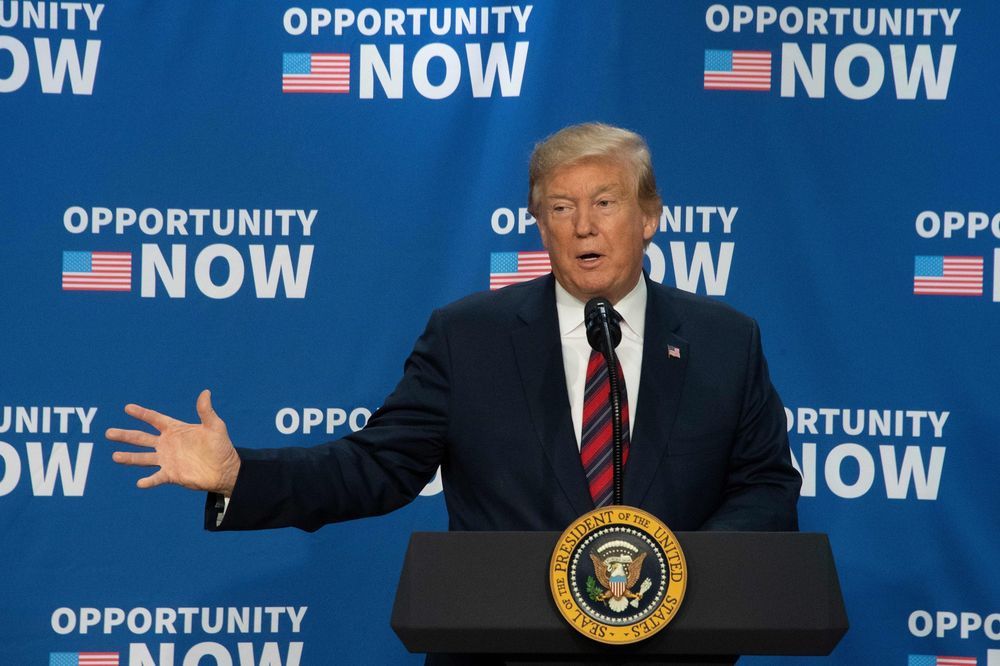 On the heels of the impeachment acquittal, Trump visited Charlotte’s Central Piedmont Community College for the North Carolina Opportunity Now Summit. With no surprise, Trump commented on his impeachment trial, claiming it was an “impeachment hoax” and gave special praise to North Carolina Sen. Thom Tillis for choosing party over country, as he voted not guilty along with Sen. Burr, in the Senate trial.

The rest of Trump’s speech was filled with explicit appeals to black voters. Trump highlighted his not so obvious gentrification program called Opportunity Zones. Trump’s reform for “helping” African Americans is a program that will allow people to defer taxes on the sale of stocks and delay taxes – so long as they invest that money in economically depressed areas.

Critics say developers are getting tax breaks for projects they would have built anyway.

There are 17 zones in Charlotte – west, north and east of uptown.

“To lift up underserved communities across the nation, our tax cuts created nearly 9,000 Opportunity Zones — thanks (S.C. Sen.) Tim Scott — including more than 250 right here in North Carolina,” Trump said. “Longterm investment in these communities is now taxed at zero.”

Trump framed the Opportunity Zones as part of his overall efforts to help African Americans. That includes The First Step Act – passed in 2018 with bi-partisan support – designed to make the criminal justice system more fair.

Trump said that he is helping minority voters.

In 2017, Trump’s Opportunity Zones program, part of his extremely unpopular tax law, was proven to be a massive boost to the 1% rather than helping out the “poor”. Studies of similar programs found that instead of creating new jobs, jobs were just moved from place to place, with very few new ones created.

News has broken about the faux economic development tool for low-income areas and its application in wealthy communities, as it favors developers and wealthy individuals rather than “economically depressed areas”.

Trump’s so-called “Opportunity Zones” tax credit does nothing to help low-income communities, and especially communities of color, that have historically suffered decades of disinvestment.
Real opportunity zones would invest in the heart of communities across the country. Bringing in funding and investment in local schools, community-centered infrastructure projects, and jobs and skills training — not to line the pockets of Trump’s wealthy friends or developer cronies at the expense of everyday workers.

Bottom Line:  Americans deserve a fair and equitable economy, not another false promise of “opportunity” that actually just displaces thousands from their neighborhoods and hands them over to wealthy developers and million dollar corporations. By joining together, we can elect leaders who work for all of us, not just the wealthy few.