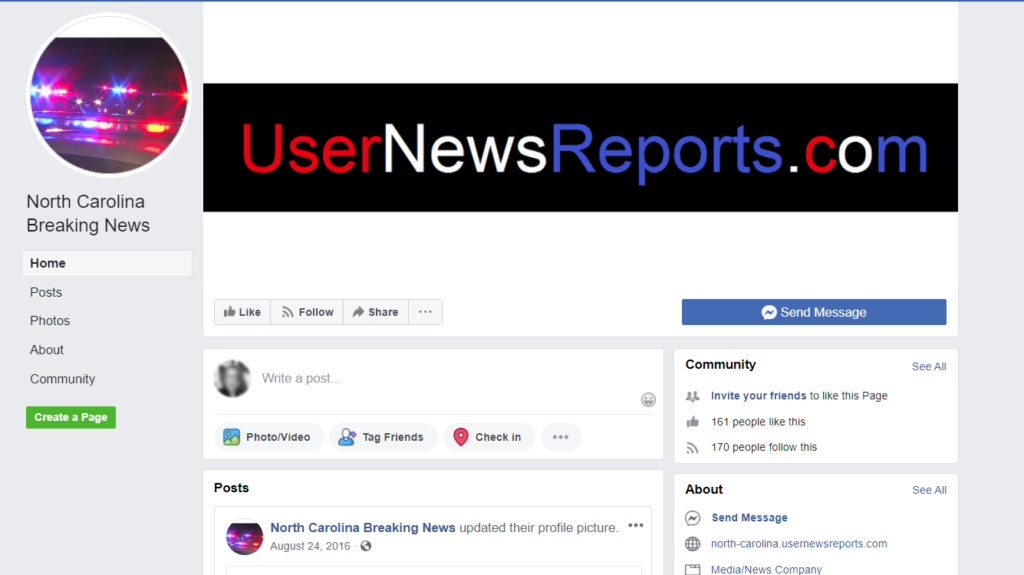 According to media experts, a Facebook page, called “North Carolina Breaking News”, that reportedly shares breaking news, is a hub for misinformation.

The page includes racially insensitive terms towards minorities, and numerous instances of incorrect information in which news stories from other states are rewritten to have occurred in North Carolina.

With over 50,000 followers, the page also features posts ranging from feel-good stories, content from other news websites, and conservative issues.

The Winston-Salem Journal reported that the page recently lauded actions by Winston-Salem police, which were false according to the police. The police department said attempts to contact the administrators of the page were met with Russian responses.

Many of the posts contain no attribution, and some of them are racist.

The page is “curating a lot of neutral local news content to obscure what appear to be their larger intentions of spreading fear, uncertainty, and doubt,” said Chuck Tryon, a professor of media studies at Fayetteville State University.

Jonathan Jones, a Durham-based attorney who specializes in media law and transparency, said the Facebook page “looks like a concerted disinformation campaign of some kind.”

The page made several claims about the Winston-Salem Police Department that turned out to be false, the Journal reported. The police department went so far as to complain about the page to Facebook moderators.

The Facebook page describes itself as a “satire” or “parody” page. But there’s little to no humor like on other parody websites, such as The Onion or The Babylon Bee.

Many so-called “fake news” sites claim to be satirical even though they intend to deceive people, said Claire Wardle, executive director of First Draft, a nonprofit dedicated to tackling misinformation globally.

And Facebook users can easily be fooled. If one of the site’s posts is shared, the name “North Carolina Breaking News” appears but the “satire” label doesn’t.

On Monday, a page administrator told McClatchy News that their goal is not to tell the truth, but to help Trump win re-election in the upcoming election.

Groups like this can spread disinformation that targets local groups with the goal of undermining trust towards certain media outlets, political parties and candidates. In the coming weeks, Facebook users should be aware of misinformation and report any false or misleading news to Facebook.