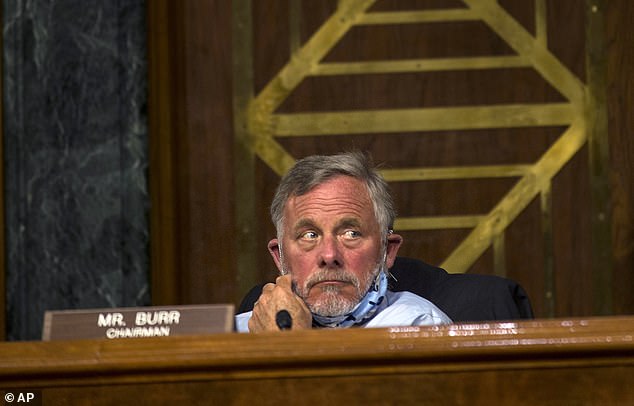 The stock sales were conducted on the same day that Burr and his wife dumped over $1.72 million of their stock holdings. All the sales were made after Burr attended a joint January 24 Senate Intelligence committee briefing that confirmed COVID-19’s impending threat to the U.S.

Before his sell-off, Burr had assured the public that the federal government was well-prepared to handle the virus. In a Feb. 7 op-ed that he co-authored with another senator, he said “the United States today is better prepared than ever before to face emerging public health threats, like the coronavirus.”

That month however, according to a recording obtained by NPR, Burr had given a VIP group at an exclusive social club a much more dire preview of the economic impact of the coronavirus, warning it could curtail business travel, cause schools to be closed and result in the military mobilizing to compensate for overwhelmed hospitals.

The timing of Burr’s stock sales drew widespread outrage, allegations of insider trading, calls for his resignation and an FBI investigation.

Currently, Burr is under investigation by the U.S. Justice Department and the Securities and Exchange Commission into the stock sales.

On March 19, ProPublica was the first to report that the Burrs sold a large portion of their stock portfolio, including shares of three corporations in the hotel and hospitality industry that cratered during the virus’ initial impact on the stock market.

A report also discovered Burr sold  his D.C. townhouse to a donor and powerful lobbyist connected to him, raising possibilities that the purchase could violate Senate ethics rules.

According to a Public Policy Polling poll released on March 24, over half of North Carolinians supported calls for the senator’s resignation.

Burr’s use of internal reports for him and his family’s own personal gain should be scrutinized. While we were all in the dark, they profited as they violated the public’s trust.

During the current crisis, North Carolina continues to be forgotten and left vulnerable by Republican leaders. North Carolinians need leaders who will not put profits or political gains above the health and safety of the people they represent.