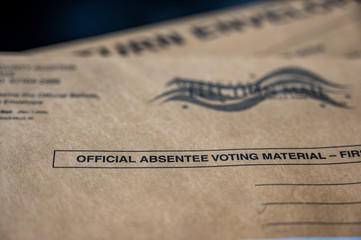 North Carolina’s top Republican lawmakers have been doing all they can to oppose common-sense measures intended to help voters address potential issues and making sure every ballot cast is counted.

For weeks, Republican state Senate leader Phil Berger and Republican House Speaker Tim Moore, with the help of Trump’s campaign, has attempted to reverse adjustments in absentee voting made in light of the pandemic.

Yet, Monday’s new ruling puts the two lawmakers howling and efforts to undermine voters to a halt, with the SBOE issuing a directive telling counties to immediately resume notifying voters whose ballots arrive with a range of deficiencies on how to fix the problem or start the process over.

The NCSBOE updated guidance for all county boards of elections on fixing these deficient absentee ballots, through a reissued “Numbered Memo 2020-19,” sent out on Monday.

The NCSBOE also released a deadline extension for counties. “Numbered Memo 2020-22” directs county boards of elections to accept absentee ballots received in the mail through 5 p.m. Nov. 12, provided that they are postmarked on or before Election Day, Nov. 3.

The updated guidance comes after N.C.’s ballot curing process had been put on hold since Oct. 4 due to ongoing litigation.

“The state board has directed the county boards of elections to immediately begin reaching out to voters with problems with their absentee ballots,” said Karen Brinson Bell, executive director of the N.C. State Board of Elections. “Our main focus continues to be ensuring all eligible voters can successfully and safely cast ballots in this important election.”

On Twitter, NC’s Attorney General Josh Stein stated, “This ruling means that the State Board’s COVID-19 adjustments are valid and in place. Eligible voters can cast their ballots safely and securely, even during a pandemic. All eligible votes will be counted”.

More than 10,000 deficient absentee ballots have been in limbo due to court battles over the witness requirement for voting by mail. The new guidance will allow counties to notify voters of problems and send them a form known as a cure certification by mail or email.

The calls of foul from Berger and Moore over absentee challenges could be nothing short of hypocrisy, as they have pushed through election laws that courts have found to be unconstitutional efforts to suppress votes or alter outcomes through extreme gerrymandering.

Bottom Line: Republicans attempt to undermine and deny voters their constitutional right to vote is nothing new. And according to the record-breaking voter turnout numbers, North Carolinians are tired of their tactics.