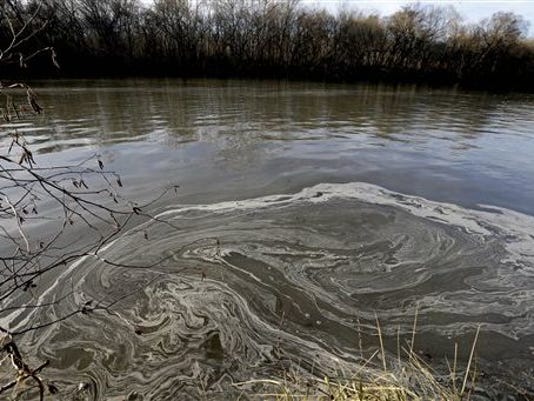 For the next two weeks, the NC Department of Environmental Quality is hosting six coal ash cleanup public meetings across North Carolina. Duke Energy’s closure plans for the ash basins at the remaining six plants in North Carolina will be up for discussion in Person, Wayne, Chatham and Robeson counties.

Monday kicked off the first meeting in Roxboro which concerned the Mayo Plant. These public hearings come after a settlement between North Carolina and Duke was announced in January after seven years of litigation.

Under the agreement, Duke is required to dig up nearly 80 million tons of coal ash and put the ash into lined landfills. The excavation will happen at the six remaining locations, including Roxboro.

The modern history of Duke Energy in North Carolina pivots on a single day: Feb. 2, 2014.

On that Sunday afternoon, a pipe collapsed at the utility’s coal-fired power plant in Eden, releasing at least 39,000 tons of ash and up to 27 million gallons of contaminated water into the Dan River, which carried the pollution flow at least 70 miles downstream.

The events of the last six years – court battles and public outrage, two Coal Ash Management Acts and recent EPA regulatory rollbacks, $68 million in criminal penalties and the tainted legacy of former Gov. Pat McCrory, ousted in part because of his mishandling of the disaster – have culminated in this: a historic consent order between the state and Duke Energy that requires the utility to fully excavate the remaining 80 million tons of ash from unlined pits at the remaining six plants.

Duke Energy spokesman Bill Norton said that while the consent order gives the utility disposal options, it intends to construct lined landfills at each site: Belews Creek, Allen, Cliffside/Rogers, Marshall, Mayo and Roxboro. The utility does not plan to recycle the material, Norton said.

Like the other plants, such as Sutton, where full excavation is either complete or underway, the landfills will be equipped with dual geosynthetic liners and a leak detector system. The consent order also requires the bottom of the landfill to be at least five feet above the water table, as well as groundwater and surface water monitoring and regular inspections of the landfill caps and liners for 30 years.

The project is expected to be complete by 2035. Duke Energy will likely ask the NC Utilities Commission to allow it to pass much of the cleanup costs at the six plants, estimated at $5 billion to $6 billion, to customers in future rate cases, which consumer groups and ratepayers oppose. In two ongoing rate cases, Duke has already asked the commission for approval to bake a portion of previous cleanup costs into proposed increases.

Duke originally balked at DEQ’s requirement of full excavation, and contested the agency’s decision at the Office of Administrative Hearings. But after two legal setbacks in that venue, the energy giant and DEQ negotiated the closure plans.” The communities and the people getting involved,” said David Caldwell, the Broad Riverkeeper, “that’s what turned the tide. People demanded action.”

Neighbors of the plants and environmental watchdogs have long alerted state regulators to the ongoing contamination from the unlined pits that leaked and seeped into the groundwater and surface water. Part of Caldwell’s job has been to monitor the effects of the Cliffside/Rogers plant on the Broad River – a crucial drinking water supply.

“We know the lagoons at Cliffside have been leaking,” Caldwell said. “There have been dozens of seeps, some of it directly into the river and other into the groundwater which then flows into the river. The main takeaway is that once the pond is drained there will be less pollution.”

Less pollution, yes, but while the source of the pollutants will be removed, existing contamination will likely persist for decades. Last week Duke University scientist and professor Avner Vengosh told reporters that while the consent order and full excavation is “an important moment, we’re not getting rid of the coal ash problem in North Carolina.”

As the public weighs in on Duke Energy’s cleaning plan, ratepayers need to keep in mind another issue — who is going to pay  for the cleanup?

Duke Energy argues that it has complied with all rules for coal ash disposal and should be able to recoup its costs through higher electricity rates.  Duke Energy estimates that it will cost $8 billion to $9 billion to close its basins in the Carolinas and move most of the ash to lined landfills, of which it has already spent $2.4 billion.

Not only should the NC Department of Environmental Quality receive public input on the closure plans, but also  take note of how many lives have been affected by Duke Energy’s negligence. The contamination Duke Energy has caused will last for decades and therefore, Duke should pay the price — not North Carolinians.

Posted in Economy, Environment
Sign up for our mailing list to receive a weekly newsletter with fact-based commentary that cuts through the noise to give trustworthy insight about how North Carolina politics and issues impact our everyday lives